Exploring our own back-yard

After nearly a year of pandemic and varying stages of lockdown, the Viaventure directors were keen to make a special trip into the remote jungle wilderness of Northern Guatemala. Our destination was Holmul: a little-known yet fantastic site situated deep in the Maya Biosphere, close to the Belize border. We knew that Holmul held a very special surprise for those willing to make the challenging journey, and there were a few other remote sites we wanted to visit along the way. We were also investigating new conservation-tourism infrastructure built by the Árbol Verde forestry concession, within which the site of Holmul is situated. 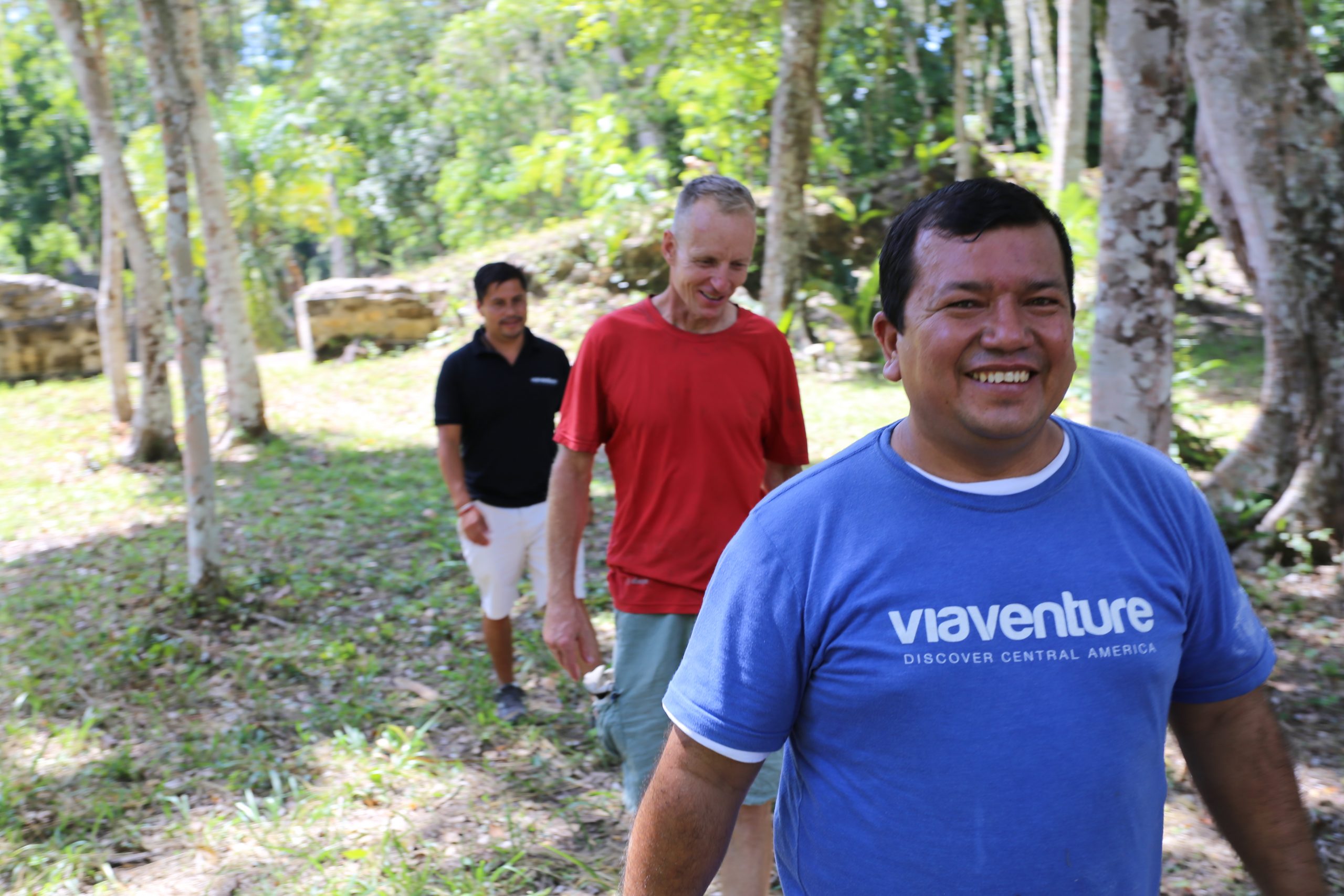 Getting to Holmul is no walk in the park. Reaching the site requires specially outfitted 4×4 pick-up trucks, as the seasonal logging roads are very muddy and become all but impassable by regular vehicles during the rainy season. We set off in early March, just a few weeks after the major rains had subsided, allowing us a good chance of actually reaching the archaeological site by land. 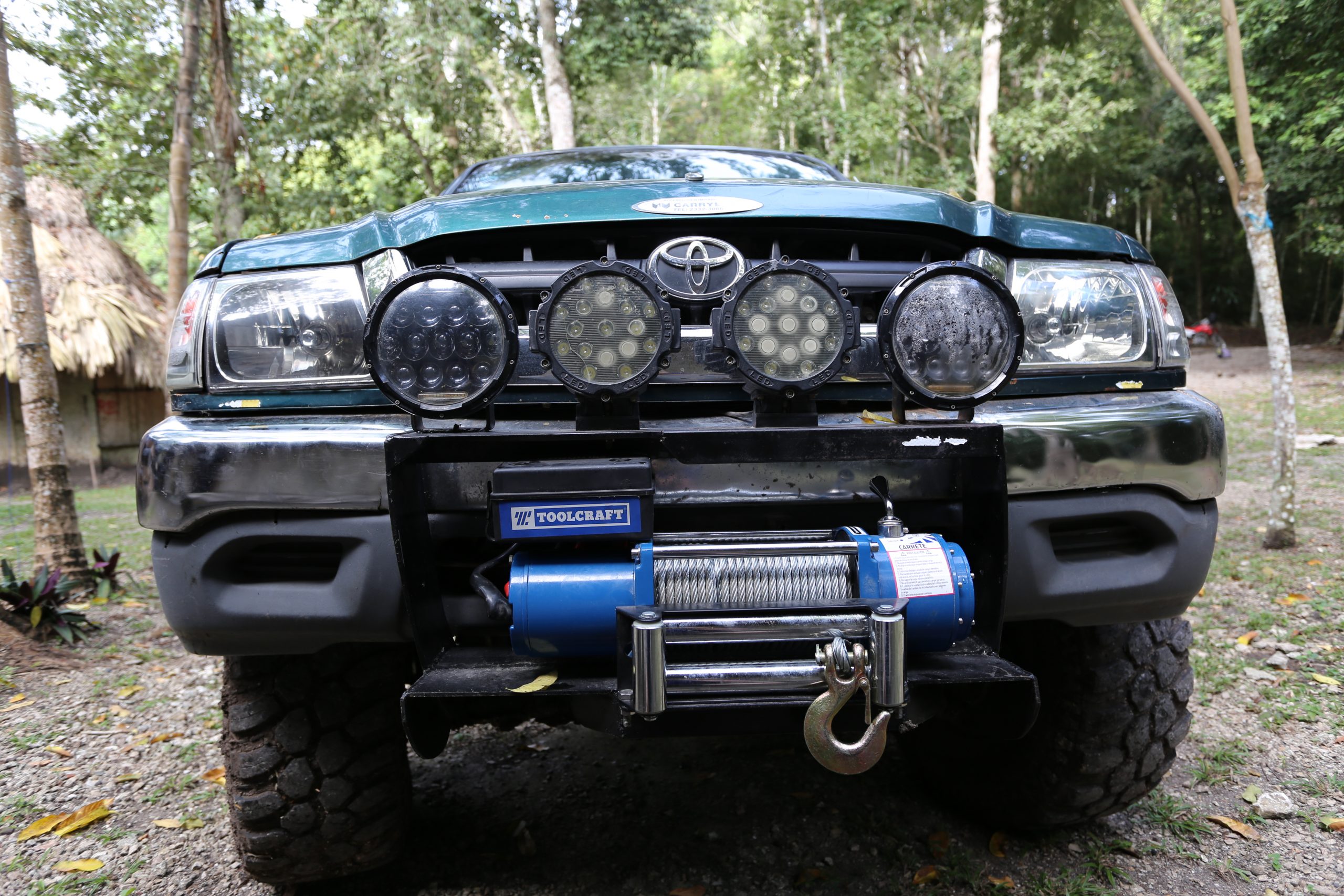 Departing from Flores, Peten, we travelled along Highway CA13 toward Belize, then turned off toward the North and into the jungle. Our first stop was the virtually unheard of site of San Clemente — which ironically lies just 20 mins off of the main highway. Approaching this abandoned Maya Site — home to rare twin-pyramids facing a grand central plaza — gives one the sense of what it must have been like to visit Tikal in the early 1950s before major excavations had taken place. Spectacular roof-combs jut out from atop giant tree-covered mounds. Wandering the site gives one a real sense of discovering something for the first time. 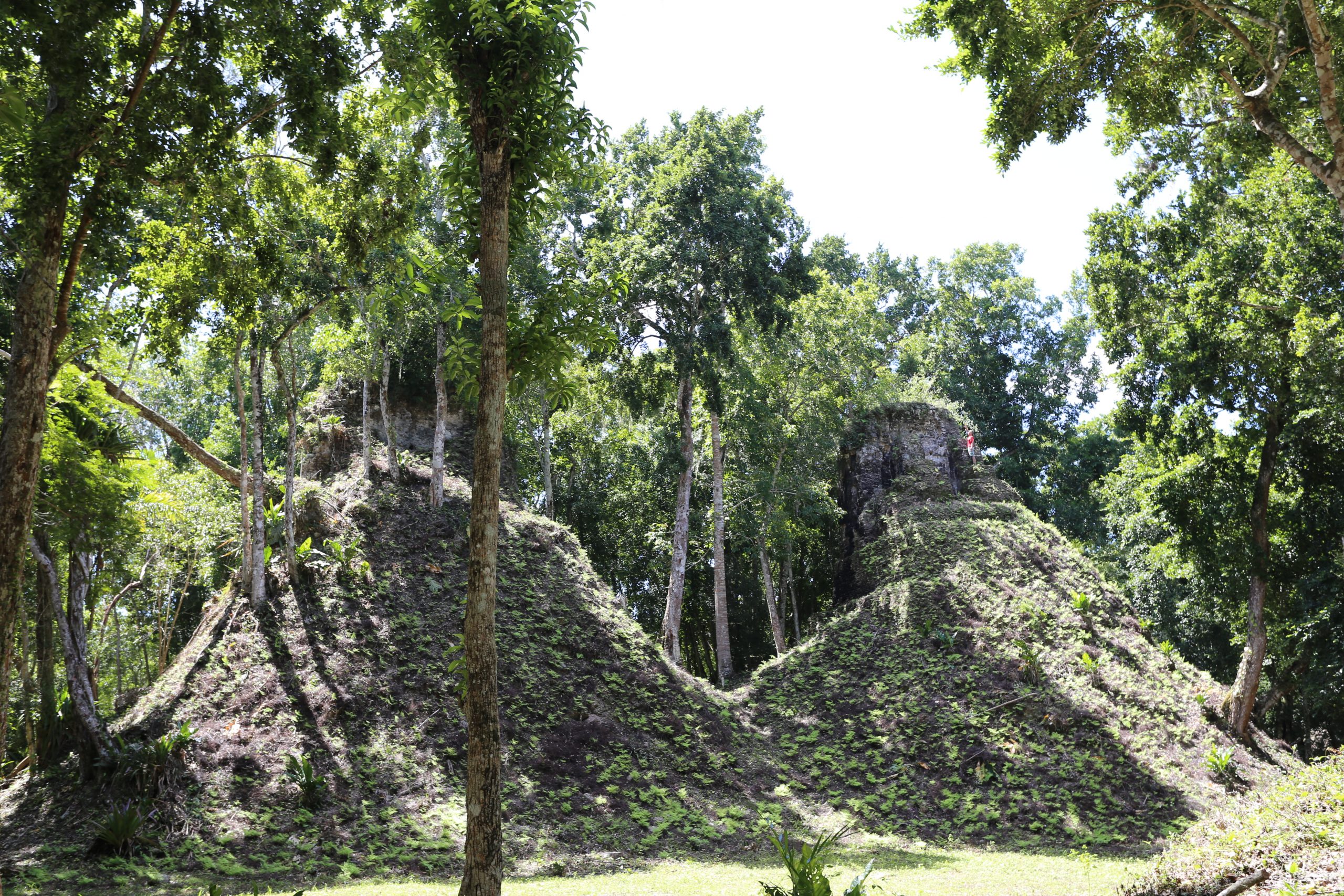 Continuing our 4×4 journey, a couple of hours deeper into the jungle we arrived at the site of Naranjito. Here, even more-so than San Clemente, one really feels the sense of discovering an ancient Maya city lost to the jungle. No major excavations have taken place, and the temples are left virtually untouched, covered by a thousand years of jungle overgrowth. Only the very tops of the temples still show now. Naranjito held a fun little surprise for us: climbing to the top of one of the tallest temples revealed a unique view of Tikal in the distance. Miles across the jungle canopy, one could see the top of all of Tikal’s major temples. Even for those of us that have been visiting Tikal for decades, this unique vantage point felt truly awe-inspiring. 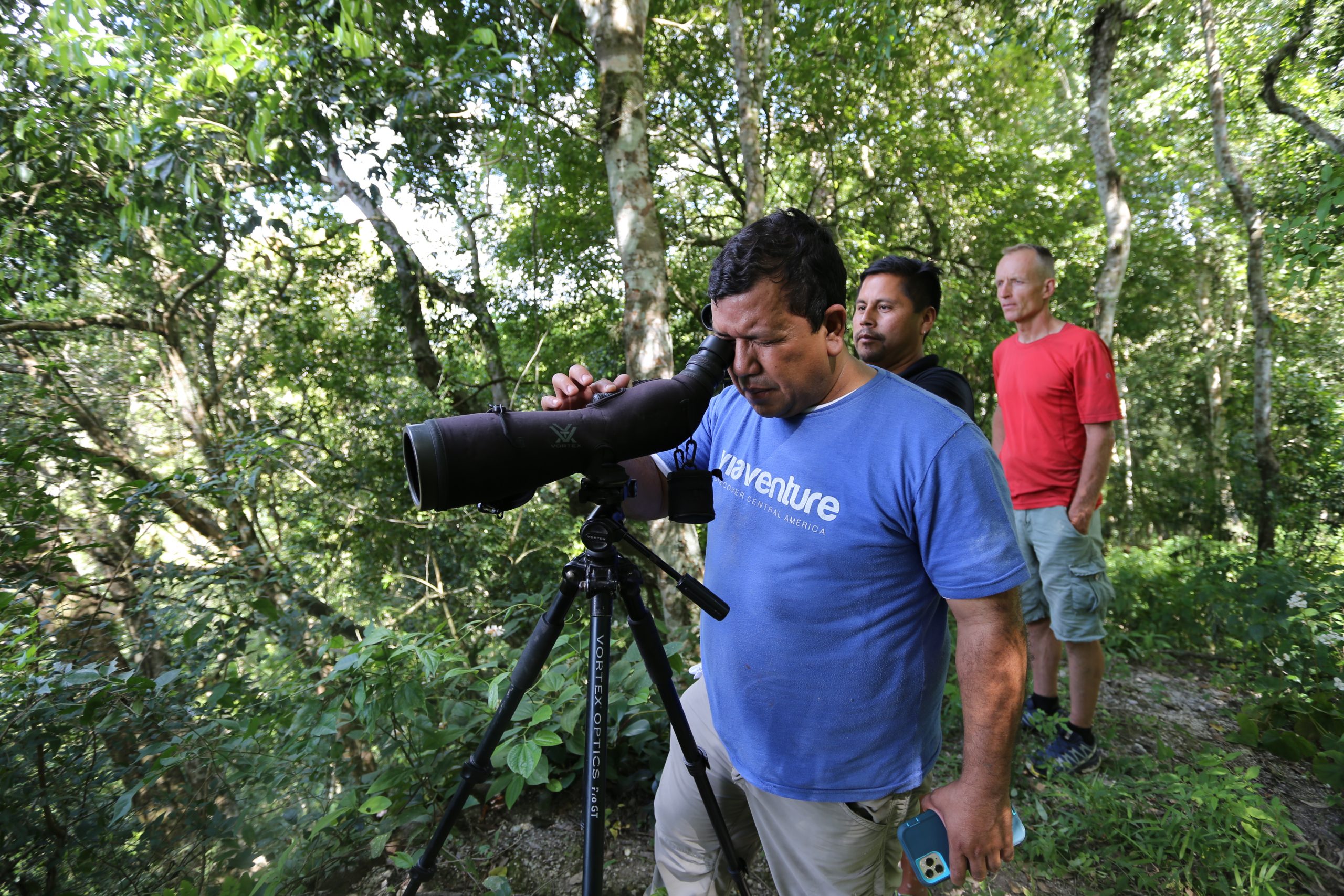 Reaching our base camp at the El Tigre outpost of the Árbol Verde forestry concession (built on the edge of the El Tigre archaeological site), we set up camp in some surprisingly comfortable bungalows recently constructed by the cooperative, which hopes to attract more tourism to the area. What a treat to visit such a remote corner of the Guatemalan jungle and have the luxury of showers and comfortable beds!

The Árbol Verde concession is run as a cooperative, and generates some 11,000 jobs annually through sustainable forestry practices. The community’s timber harvest uses a 30-year protective cycle that helps ensure a healthy forest. Timber sales allows the community members to cover costs, invest in new equipment, and train members in carpentry and other useful skills. Now more than ever there is an an economic incentive to conserve the forest, and tourism is seen as a vital supplement to helping maintain vast areas of jungle that would otherwise have been destroyed. 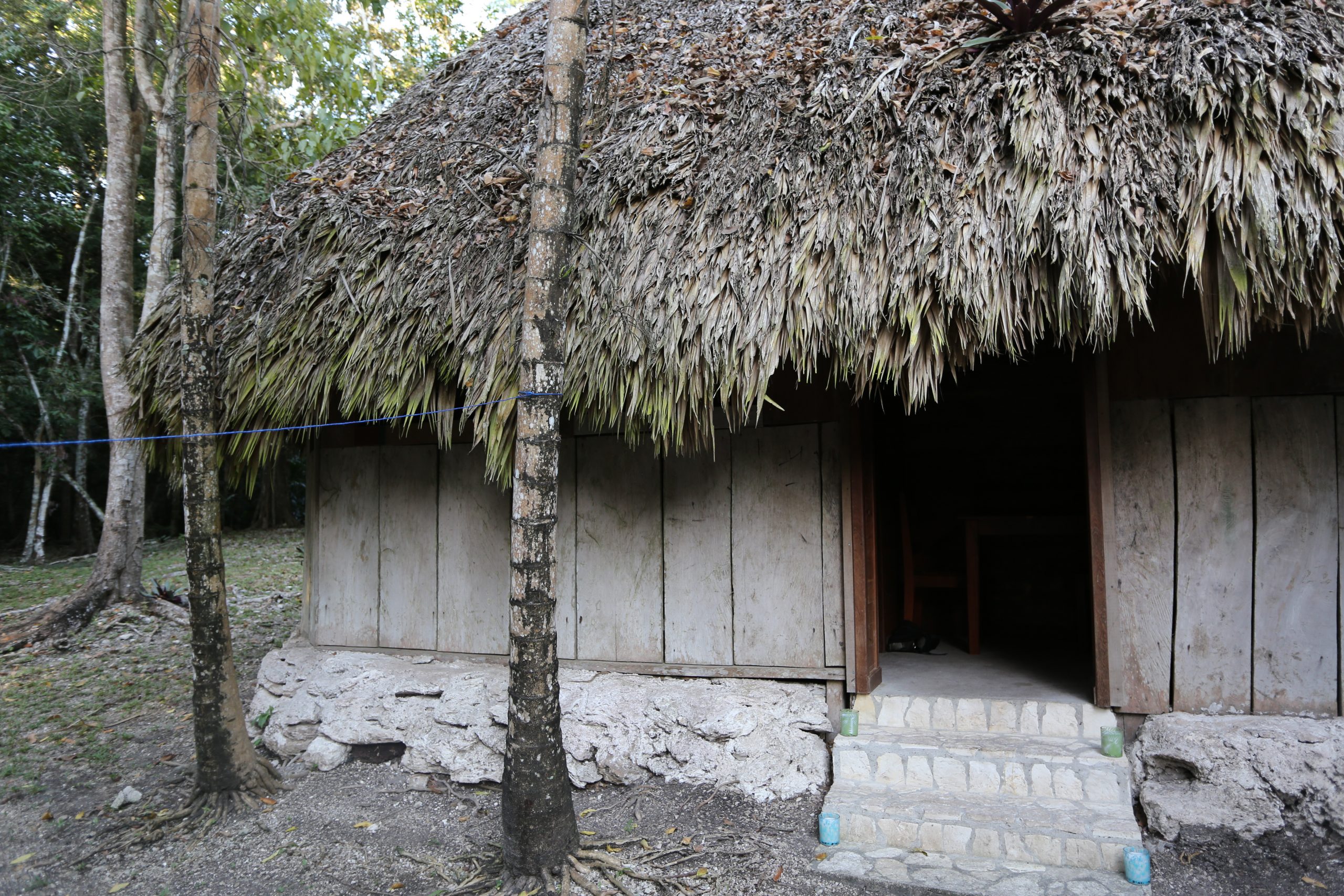 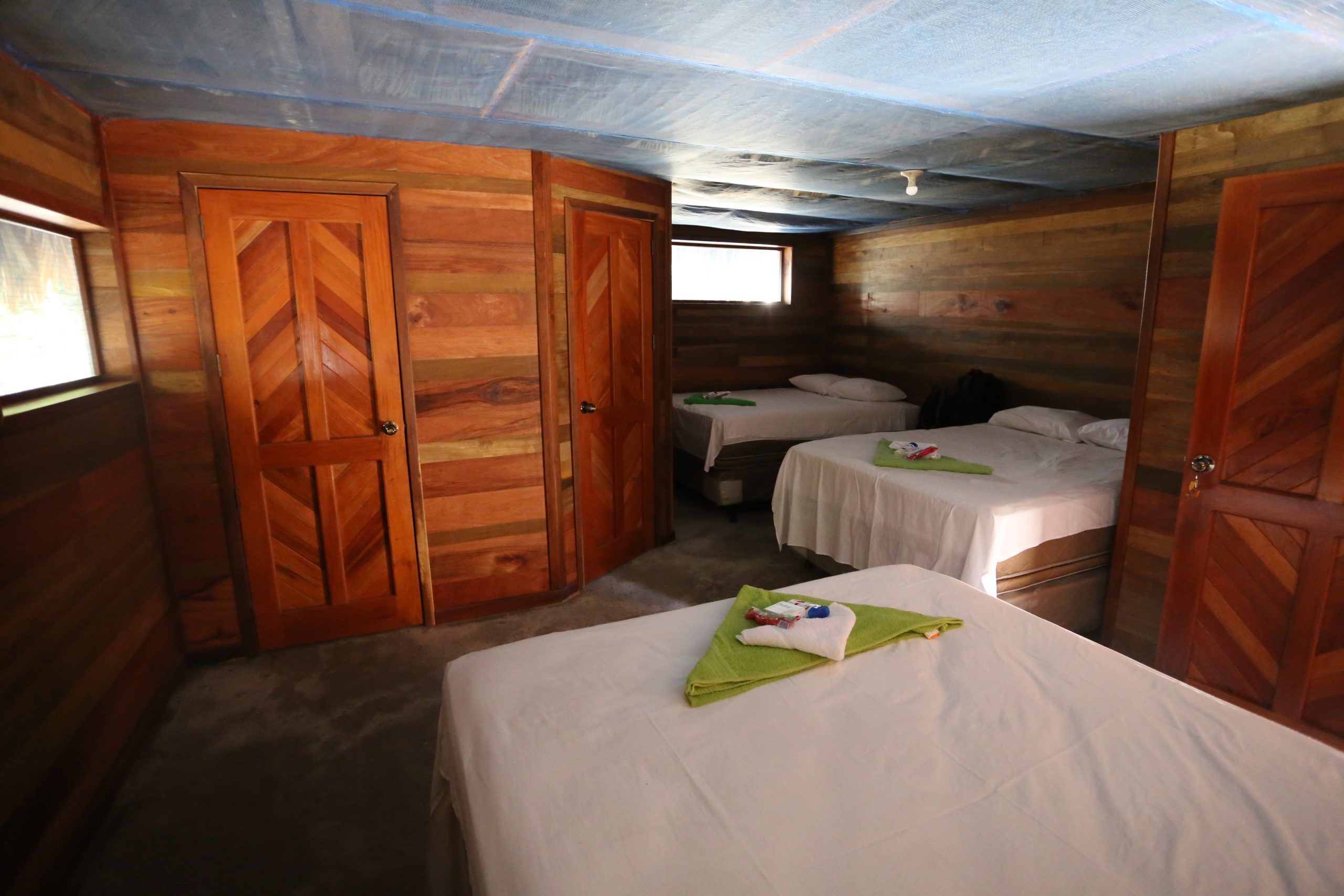 In the evening we took a jungle night-walk to a wooden tower perched on top of the site’s largest temple. This forest-fire watchtower serves as a perfect spot for birdwatching, sunsets, and stargazing. 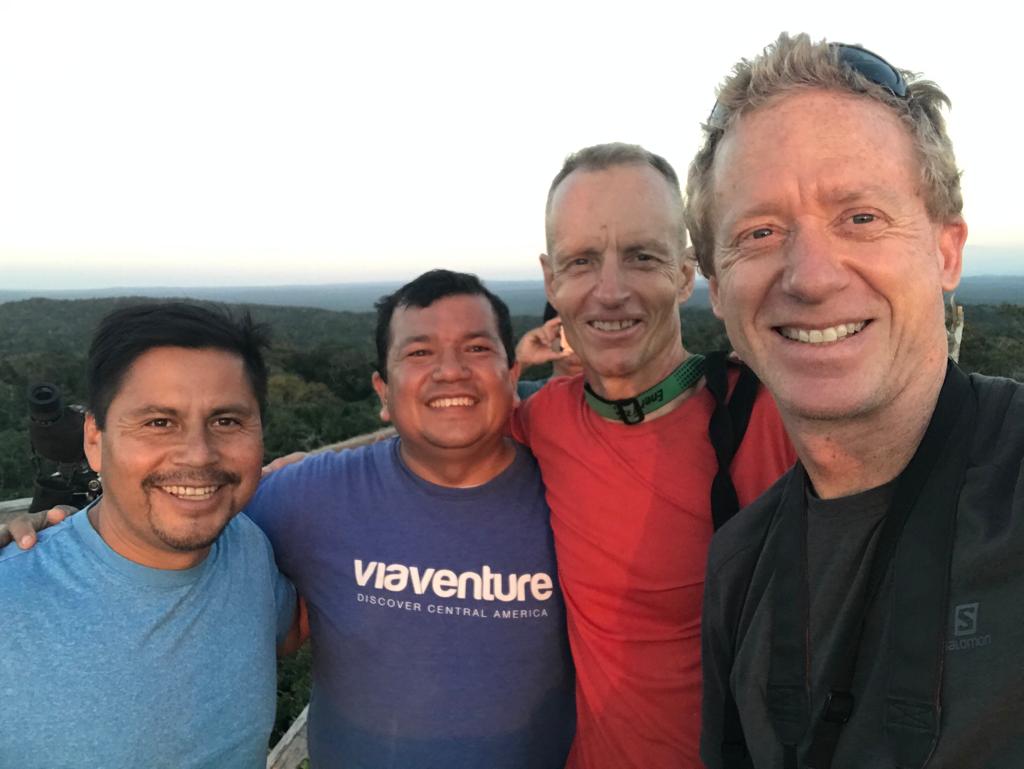 After a good night’s rest, we headed out the next morning, traveling a further 25 kilometers into the jungle to reach our final destination. This section of the road presented the most challenges due to the “bajos” (low, boggy areas) still being pretty muddy. Fortunately our 4x4s were equipped with heavy duty winches to help pull us through the worst of it. 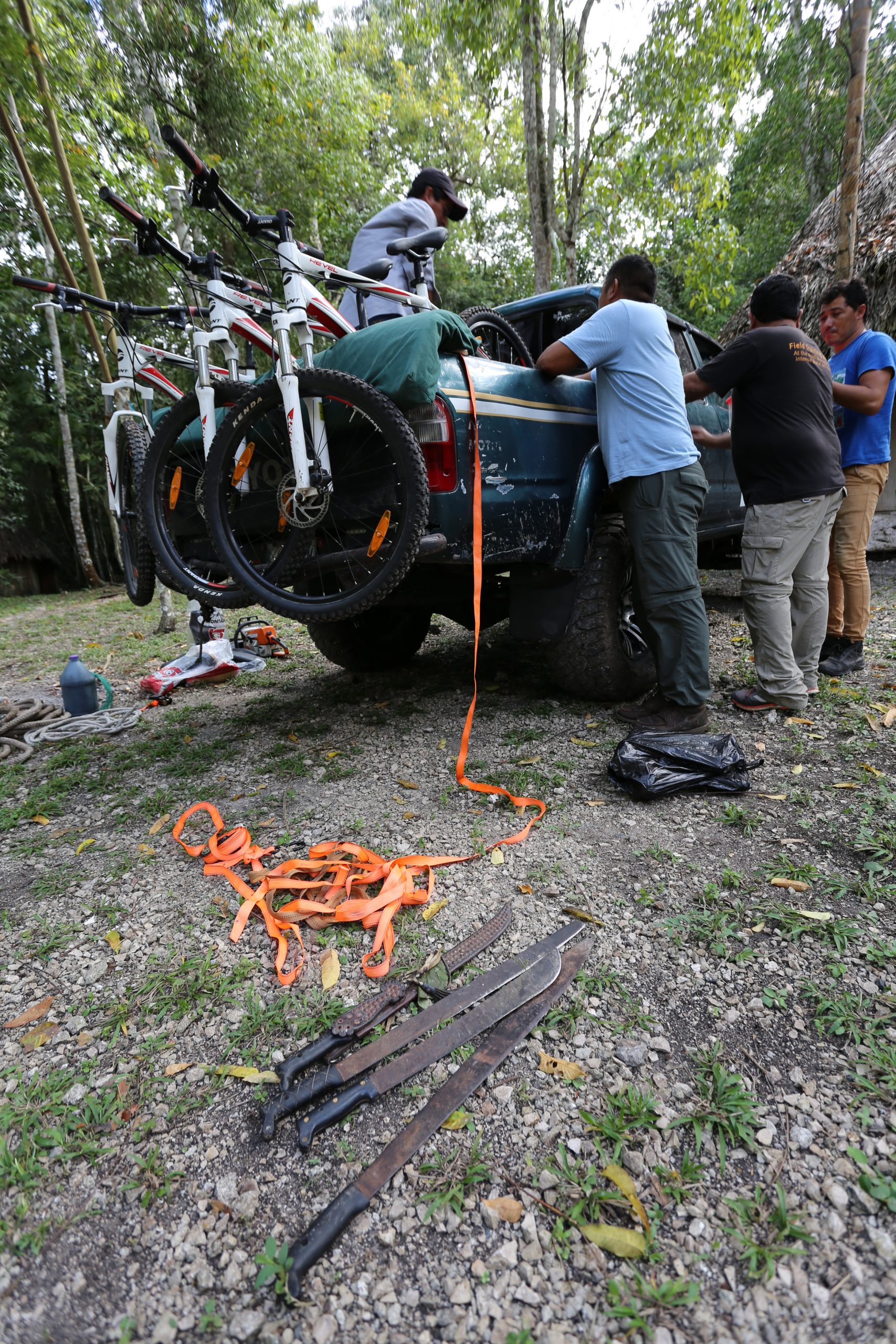 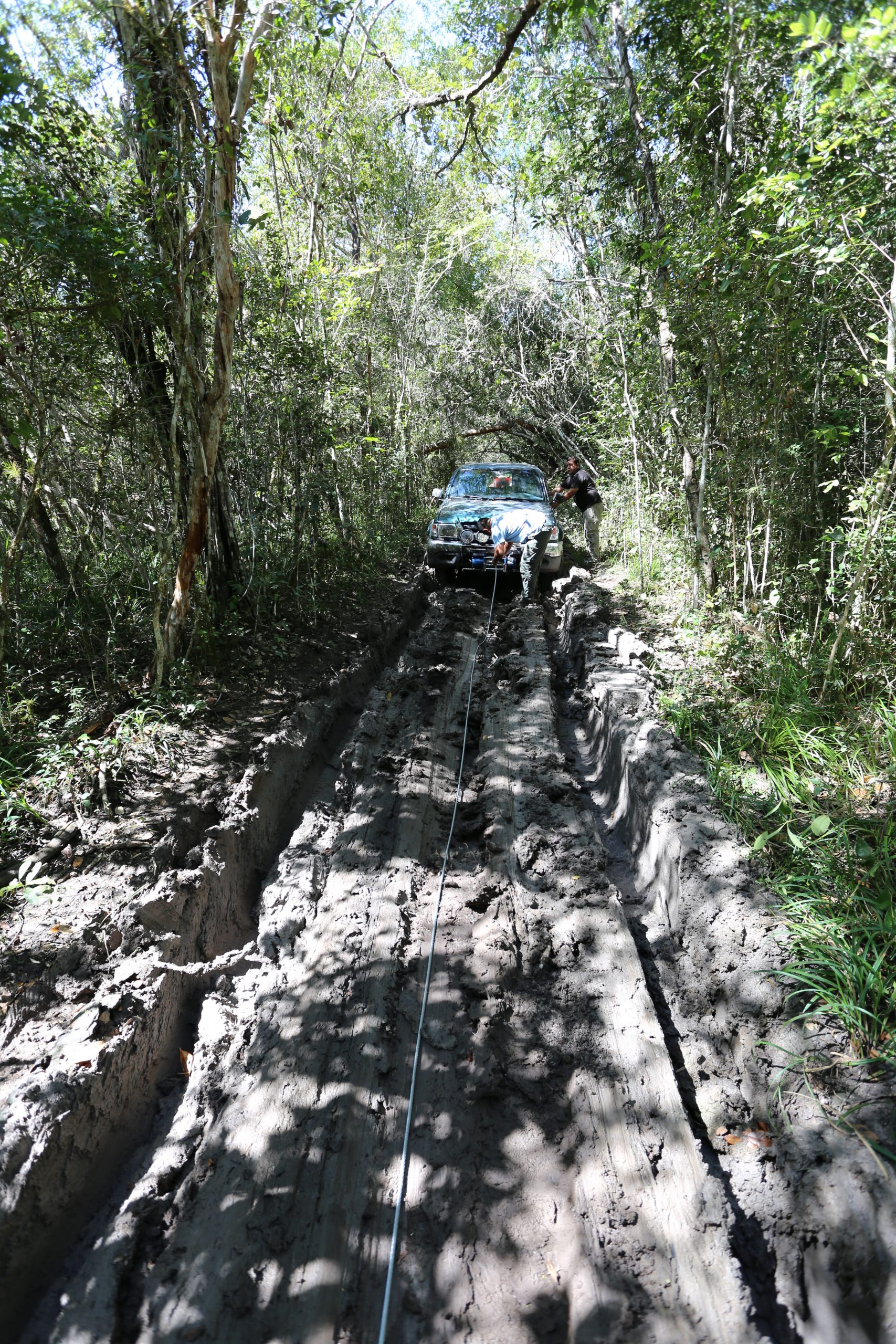 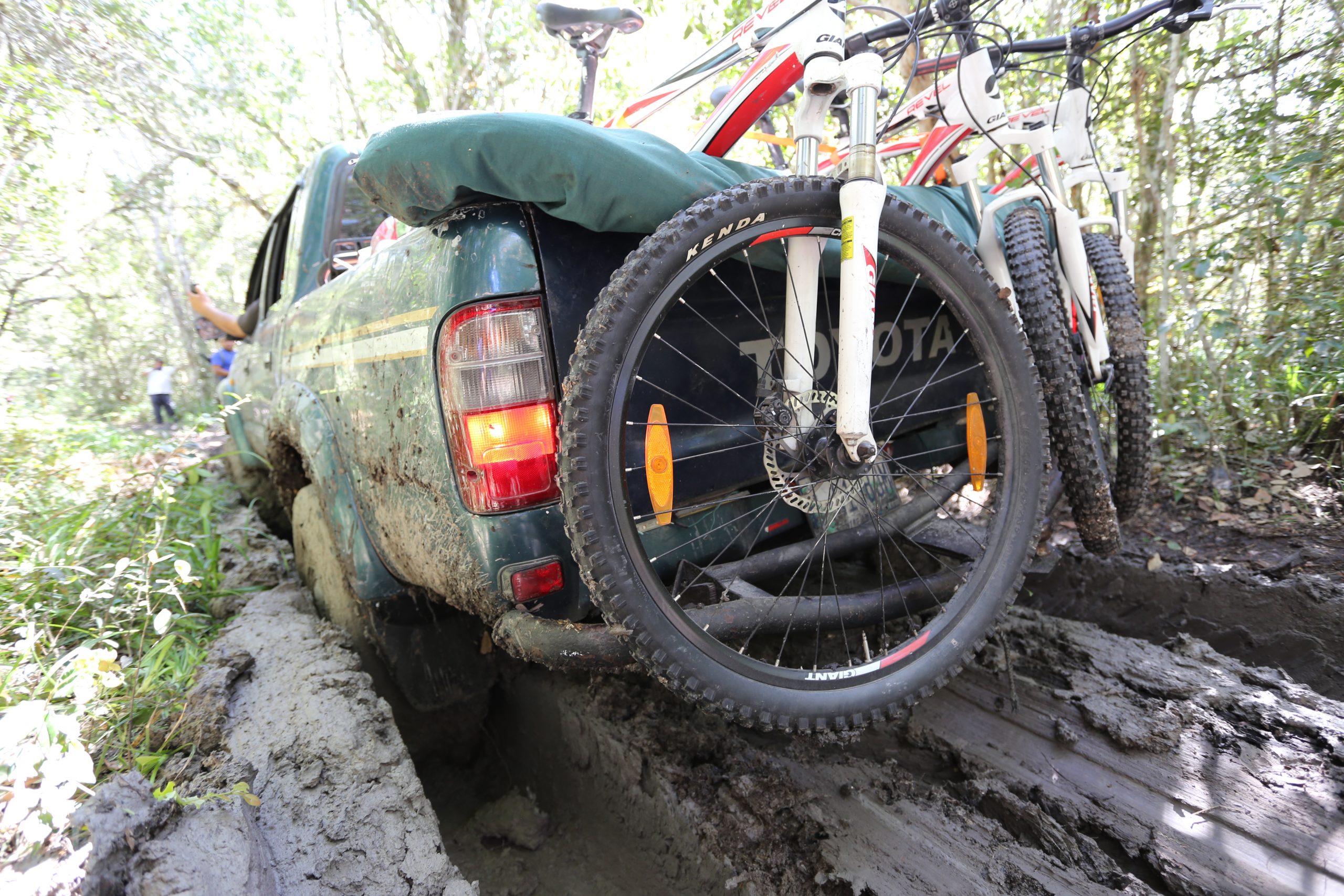 The site of Holmul was first visited by Harvard University archaeologists in 1911, but remained relatively little-studied. Excavations resumed in the year 2000, led by Dr. Francisco Estrada-Belli and the Boston University. Holumul dates to around 800 BCE and thrived for over a thousand years until it was abandoned around 900 AD. The city reached it peak between 750 and 900 AD, and is thought to have had a considerable influence on the communities that surround it. 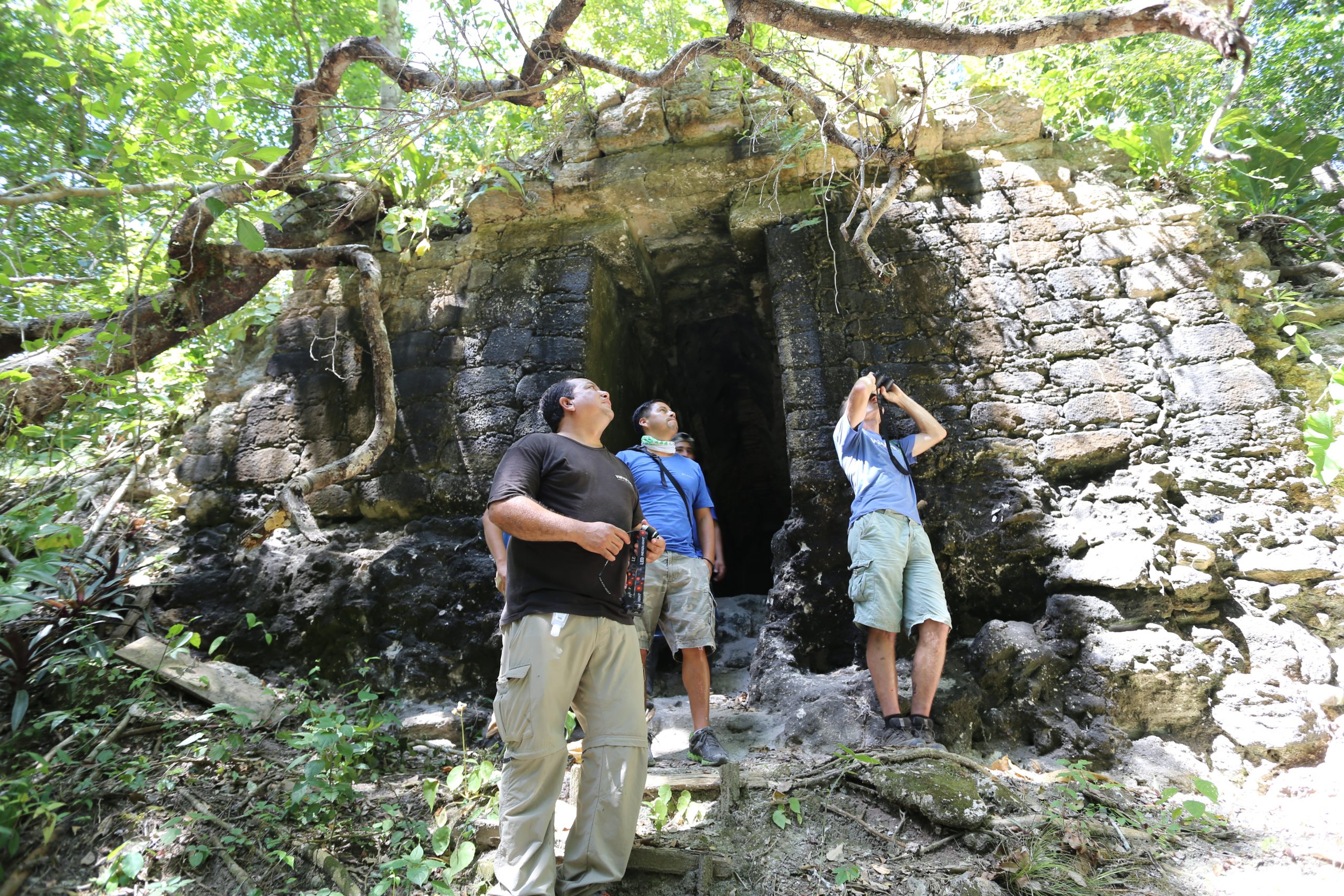 The star attraction at Holmul is a ca. 1400-year-old frieze, fantastically preserved for centuries buried beneath another Maya temple constructed overtop it. Rediscovered by Estrada-Belli (having been just narrowly missed by looters in the recent past), the decorative frieze that still lies underground — accessed via the archaeologists’ tunnels — once formed the upper perimeter of an ancient burial mound. The site housed the tomb of an important Maya king, buried below. Glyphs run the length of the frieze, depicting the story of this ancient treasure, and the original deep red color really gives one the sense of what the Maya temples would have truly looked like in all of their original splendor. 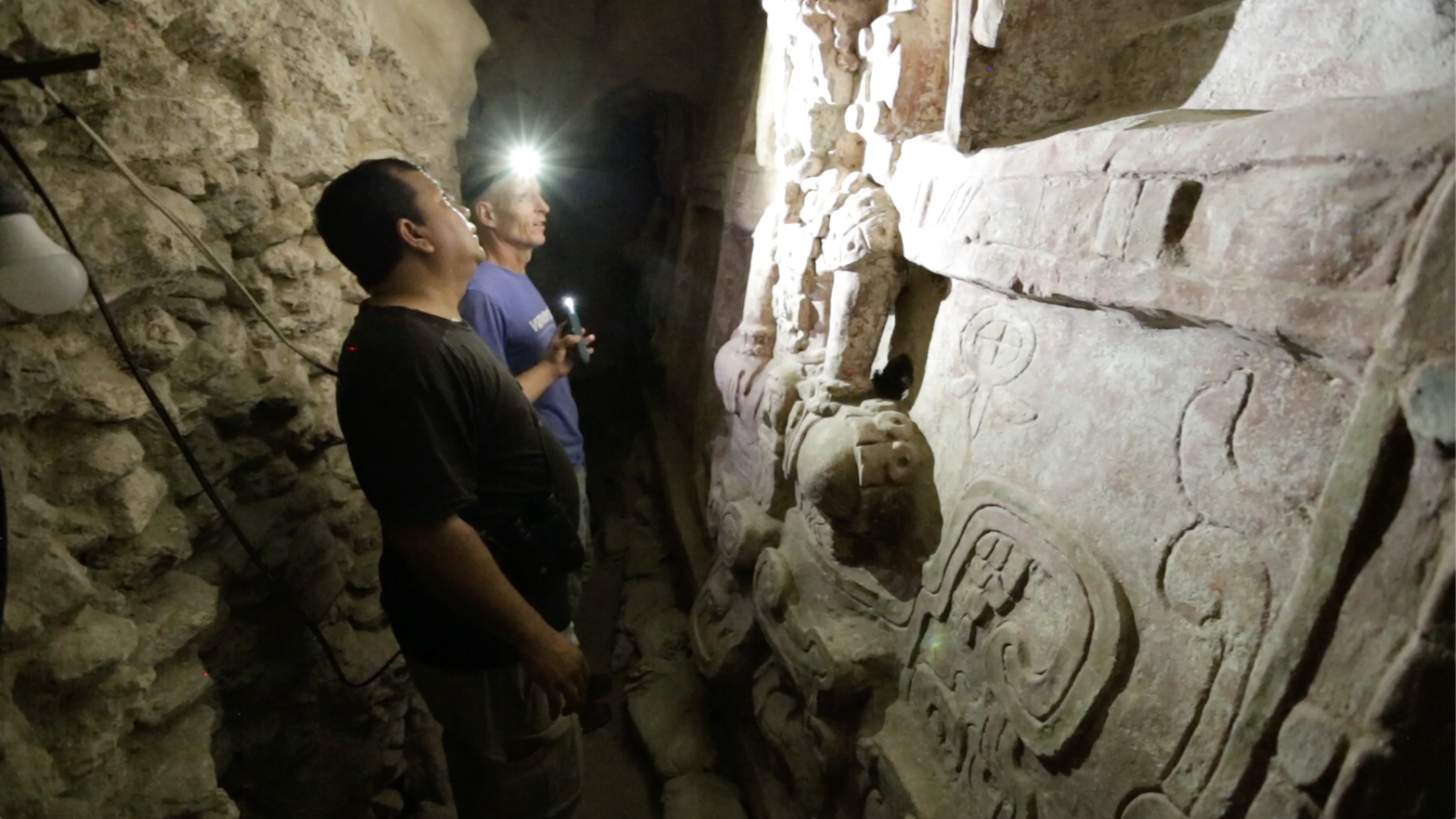 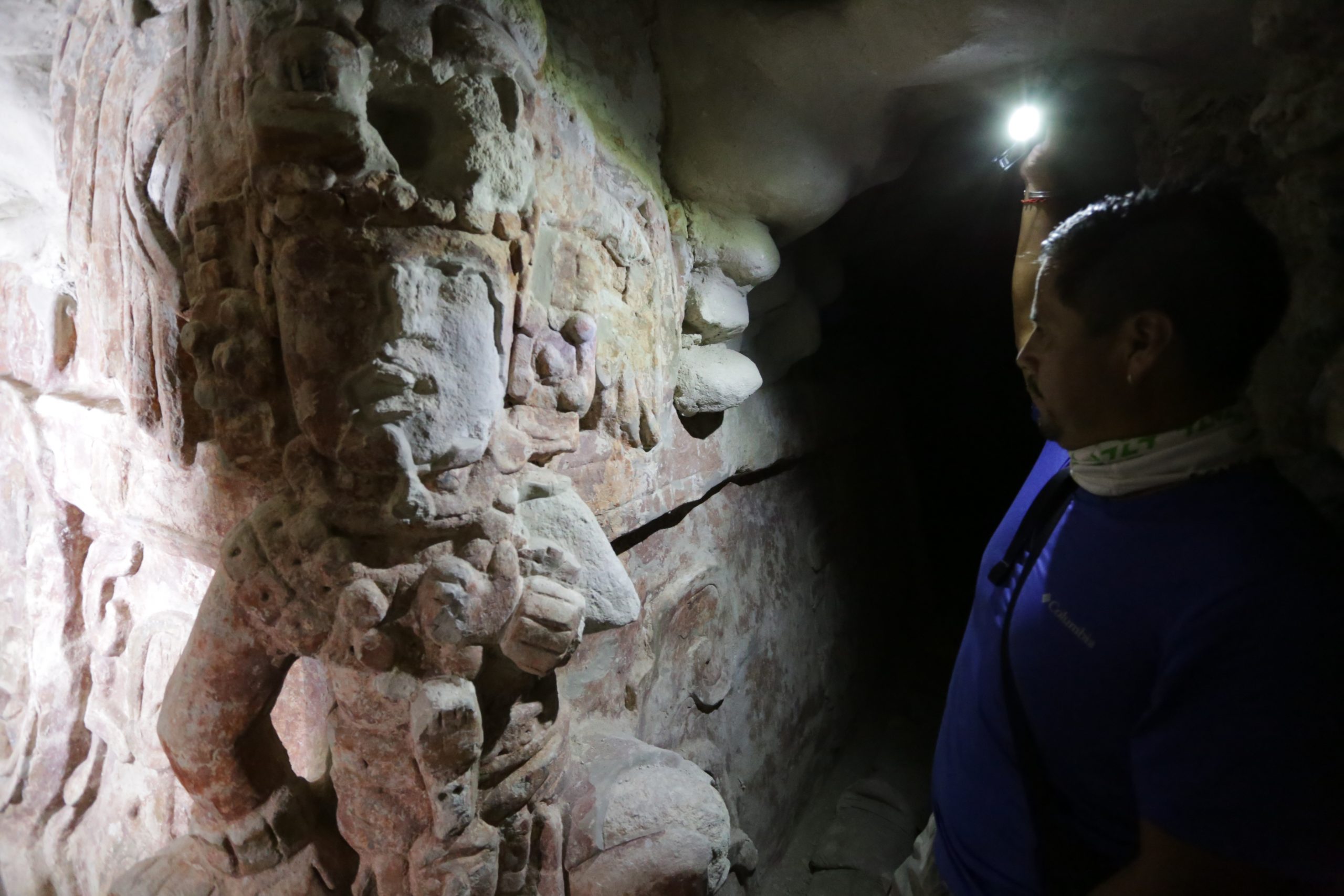 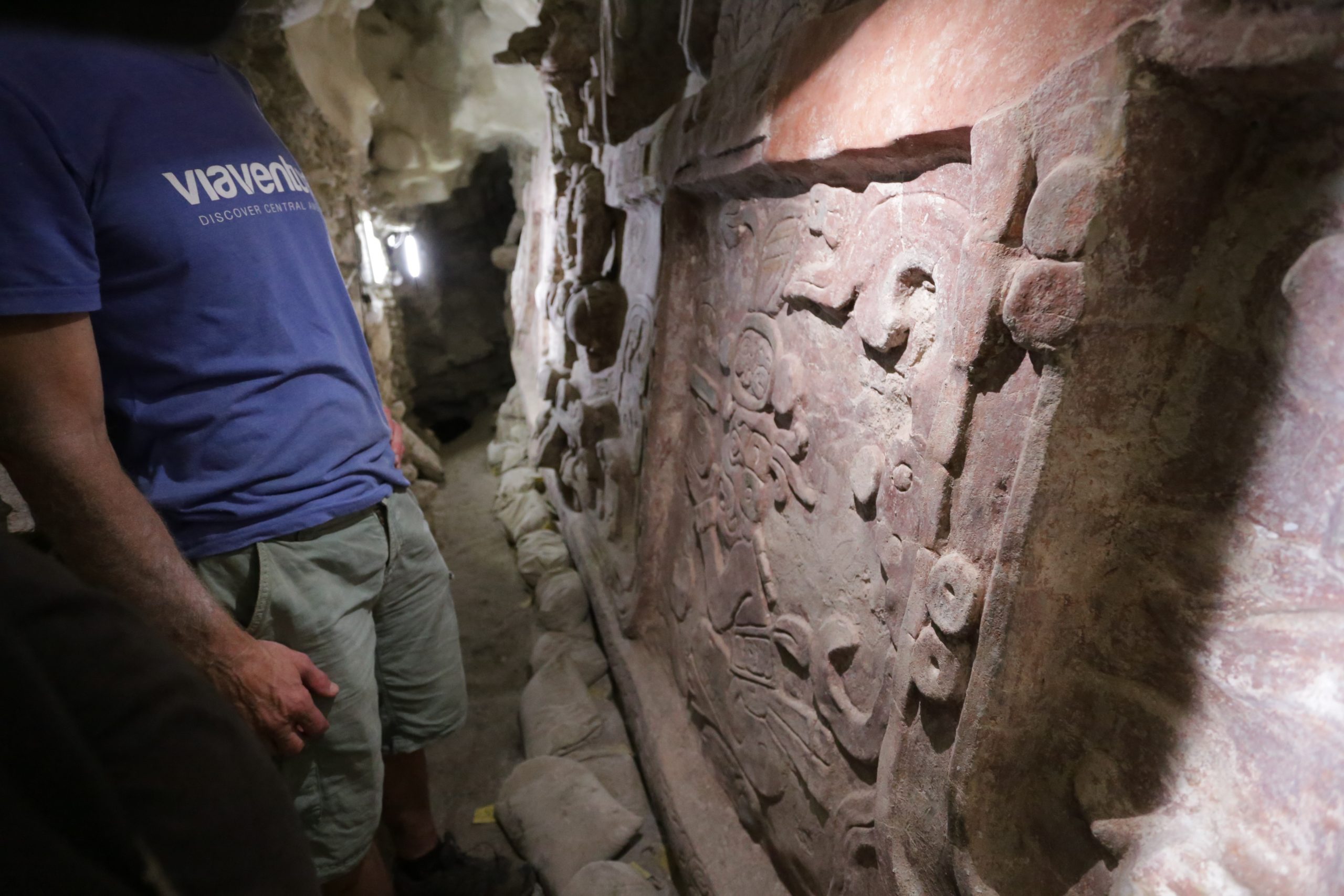 After this fantastic journey, we are more excited than ever to update our itineraries to offer Holmul as a destination to our guests. 2-day or 3-day overland trips to Holmul can be arranged all year, but are recommended in the dry months from March through early June. At other times of the year the site can still be accessed, but travelers must endure much more arduous conditions! Alternatively, Holmul can be reached by helicopter from Flores in about 35 minutes. 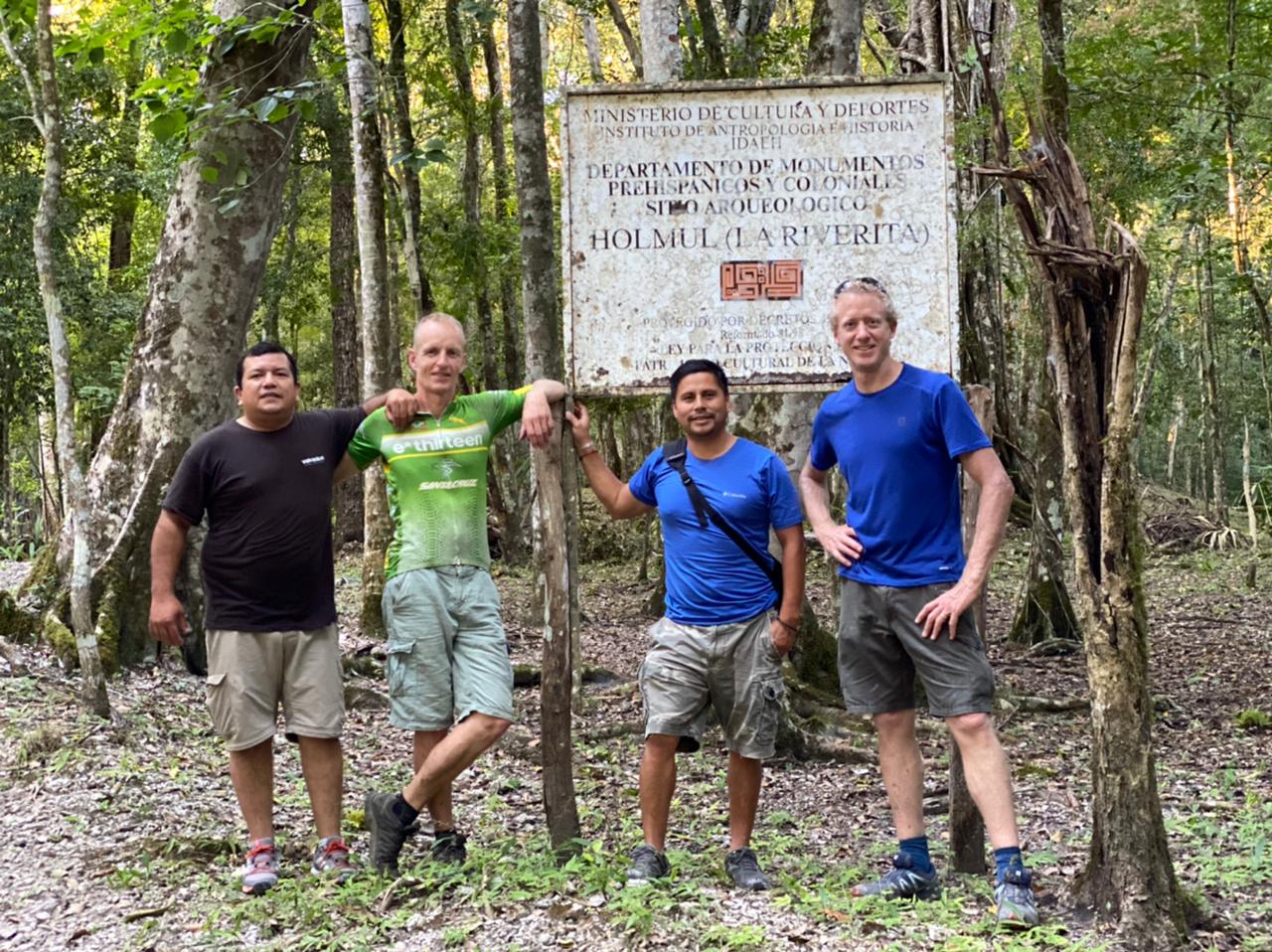