Dive the clear, turquoise waters of the Bay Islands, and you’ll experience a kaleidoscope of marine species, incredible coral formations, and the world’s annual congregation of whale sharks (in season). Located on the southern end of the second-longest coral reef system in the world, the Roatán, Utila, and Guanaja islands attract advanced and new scuba divers from all over the globe. Once a mecca for pirates, these laid-back islands are a treasure of white-sand beaches, coconut palms, and quiet fishing villages, and are also rich in Garifuna culture.

A skinny, 50-km/31-mi stretch of land, Roatán is the largest and most popular Bay Island. Just 20-minutes by air from La Ceiba, it boasts several excellent resorts and restaurants and is the perfect base for unforgettable scuba diving. You can also snorkel, sail, fish, take guided island tours, visit an iguana farm, or just swing gently in a beachside hammock with a good book and a Salva Vida, the local lager. For a chance to spot the biggest fish in the sea, depart by boat from Roatán to Utila, where whale sharks are a common sight in March, April, August, and September.

The Bay Islands off Honduras’s Caribbean coast attract novice and advanced scuba divers from around the globe—and for good reason. Located along the southern end of the second-longest coral reef system in the world, the clear, clean turquoise waters of Las Islas de la Bahía are home to more than 500 fish species, 60 types of hard corals, and five species of marine turtles; the reef also attracts one of the world’s largest congregations of whale sharks.

visitors can snorkel, sail, fish, or settle in to the ready supply of coastline with a good read and a Salva Vida (a local lager).

Once a mecca for pirates, the now mellow islands (of which there are three—Roatán, Utila, and Guanaja, plus several small cayes) are home to the English-speaking Garífuna people (descendants of African slaves and indigenous Caribs) and are known for their white sand beaches, coconut palms, quiet fishing villages, rolling hills, and steady trade winds.

A skinny, 50 kilometer stretch of land, Roatán is the largest and most popular Bay Island. Just a 20 minute flight from La Ceiba on the mainland, it’s home to a handful of top-notch hotels and restaurants and is an excellent base for both scuba diving and non-scuba diving adventures: In addition to on-land excursions to iguana farms and guided island tours, visitors can snorkel, sail, fish, or settle in to the ready supply of coastline with a good read and a Salva Vida (a local lager). Guests can also depart from Roatán by boat for Utila, where whale sharks are a common sight in March, April, August, and September.

Utila – Dive with the Largest Fish in the Sea – Whale Sharks

Known as the “Whale Shark Capital of the Caribbean,” Utila, the smallest of the Bay Islands, attracts international divers looking to swim with the largest fish in the ocean (especially in March/April and August/September). But in this underwater wonderland, you may also spy seahorses, barracudas, octopuses, moray eels, turtles, and more. On land, Utila delivers white-sand beaches and awe-inspiring sunsets. Much of the island is uninhabited mangroves and wetlands, but East Harbour/Utila Town’s main street is known for its active nightlife, dive shops, bars, and restaurants. For a more peaceful, secluded getaway, try one of the excellent dive resorts along the coast. 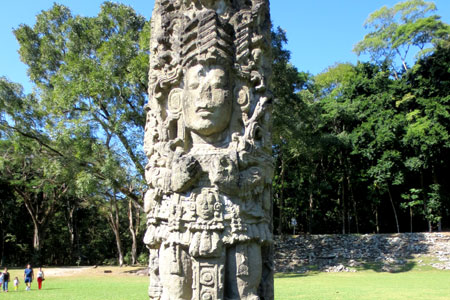 Honduras has just one Maya temple site—and it’s exceptional. A UNESCO World Heritage Site since 1980, Copán was one of the ancient Maya’s most lavish cultural centers during its seventh century heyday.

END_OF_DOCUMENT_TOKEN_TO_BE_REPLACED 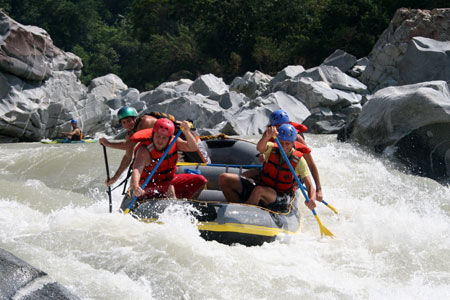 END_OF_DOCUMENT_TOKEN_TO_BE_REPLACED

Nicaragua (the “land of lakes and volcanoes”), is full of natural parks and reserves and more lakes than any other Central American nation. From rip-roaring & cultural experiences to luxurious relaxation, Nicaragua has it all.

END_OF_DOCUMENT_TOKEN_TO_BE_REPLACED

For a country with world-class scuba diving, famous Mayan ruins, and some of the most remote, wild terrain in Central America, you’d think Honduras would be overrun with tourists. It’s not—which makes it all the more appealing.

END_OF_DOCUMENT_TOKEN_TO_BE_REPLACED

It has so much more to offer than just scuba diving. Look beyond Belize’s reef and sun-bleached isles, though, and you’ll find a country jam packed with culture and adventure from Maya temples to Zip-Lines to wildlife encounters.

END_OF_DOCUMENT_TOKEN_TO_BE_REPLACED

How one country can pack so much cultural and geographic diversity into an area the size of Tennessee (less than half the size of the UK) kind of boggles the mind, and yet Guatemala does it so seamlessly.