If you’re traveling to Guatemala this fall, you’re in luck. Three of the country’s most unique fall festivals take place in November and December and guarantee a genuine look at local life. Join the crowds outside of Antigua as giant kites are flown through the sky, travel to the remote, northwestern town of Todos Santos for its famous horse races, or head to Chichicastenango to help the city celebrate its patron saint. We consulted with Viaventure guide and festival expert, Jane Henwood de Garcia, to get the insider tips that will ensure you have a great time. Everyone’s invited—we’ll see you there.

The Festival of the Giant Kites 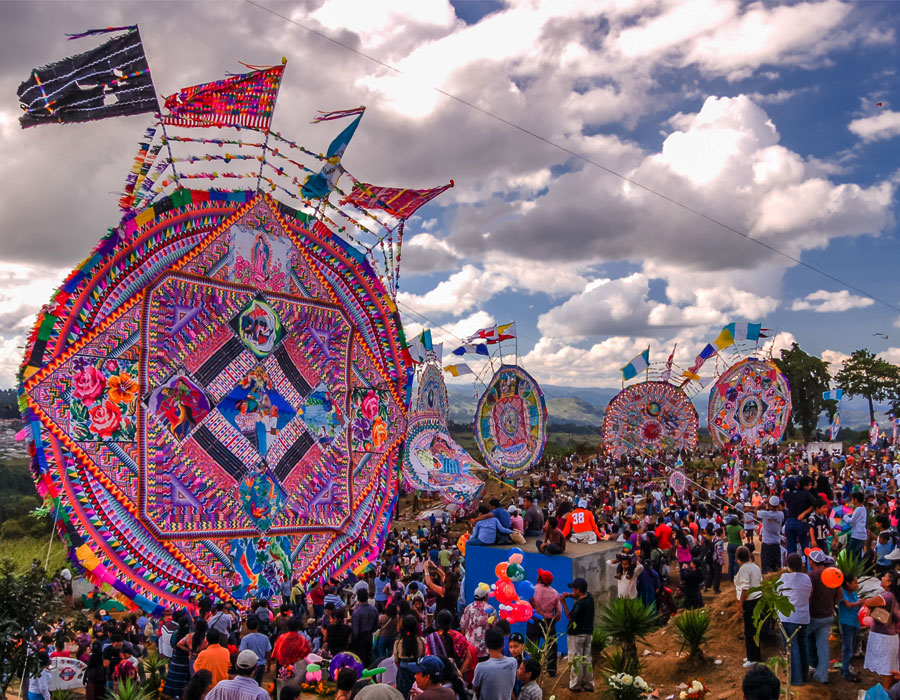 Each year, the towns of Santiago Sacatepéquez and Sumpango host La Feria de Barriletes Gigantes, or the Festival of the Giant Kites, during which huge, colorful kites are flown above the local cemeteries. These delicate works of art—some of which can reach up to 20 meters (65 feet) across—are constructed out of bamboo, tissue paper, glue, and string and feature elaborate designs that differ from year to year.

You’ll see collages of geometric shapes, the patterns of tradition dress, and social messages conveyed with images. These designs are kept top-secret until the day of the festival, when the kites are fully assembled and slowly raised up above the heads of the crowd. “My favorite part is when the huge kites are lifted up,” says Jane. “Partly because of the teamwork involved—the kites are so big that different groups of kite-makers have to help each other out—and partly because it’s the culmination of many months of work.” Although the biggest kites never leave the ground, tons of other kites—some measuring up to six meters (20 feet) across—are flown by groups of families and friends.

Head to the town of Santiago Sacatepéquez, located just 25 kilometers (15 miles) outside of Antigua. “The town of Sumpango has its own kite festival, but I take clients to the one in Santiago,” says Jane. “The infrastructure in town isn’t that great (bathrooms and food options are limited), but Santiago has a more local, authentic feel.” Santiago’s festival takes place in the town cemetery; here, friends and families gather to picnic on the graves (it’s perfectly acceptable) and fly their own kites.

The kite festival takes place on November 1st, All Saints’ Day. “It works best as a half-day trip from Antigua,” says Jane. “Leave early enough to avoid traffic and to get there in time to watch the kites being set up. You’ll see groups of young people getting the bamboo frames ready, attaching tissue paper and the frill that goes around the kites, and then finally lifting them up.”

Groups of kite makers, mostly made up of young people, called “barrileteros” begin their work on the giant kites many months in advance.

There are a few theories as to why kites are made and flown. As Jane explains, “Some say that on this day, the souls of the departed can visit the living for 24 hours, and the kites act as a beacon to help the spirits of the departed find the living. Other people tie messages for the deceased on paper and attach those messages to the tail or string of a kite. When the message works its way up the tail or string and touches the kite, the message has supposedly reached its intended recipient.”

Jane’s Tips:
• Although the festival’s format is similar each year, it can always vary a bit. It’s best to go with an open mind and see what happens.
• Try to go with a driver and a guide so the driver can deal with parking while you explore.
• Since food options are limited, plan on either a late lunch back in Antigua or a picnic lunch in the cemetery along with everyone else. 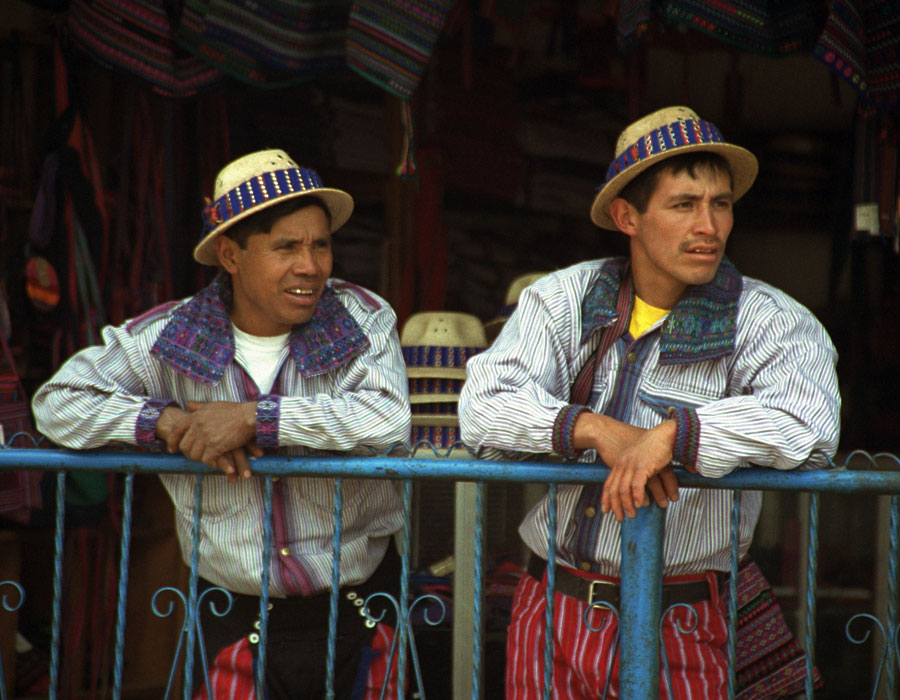 The Todos Santos horse race is a centuries-old tradition during which locals clad in red-and-white striped trousers and colorfully adorned hats and jackets gallop up and down a long dirt track, with a stop after each lap for a swig of the local alcoholic brew. There are no winners, instead this race is one of endurance and a show of horsemanship, and participants are expected to ride from morning until evening, with a single break for lunch. Todos Santos is a dry town except on certain holidays like All Saints’ Day, when the horse race takes place. With the ban on alcohol lifted, many participants show up three sheets to the wind. Not surprisingly, riders do fall off and occasionally die–though the death of a participant isn’t for naught. It’s believed to be a good omen for the following year signifying abundant crops and good fortune.

Todos Santos is a small, remote village in the Cuchumatanes Mountains of Huehuetenango, a department in northwestern Guatemala. The isolation of this Mam Maya community, which sits at an altitude of 2,500 meters (8,200 feet), has helped it preserve many of its traditions. For the most part, men are farmers, women are weavers, and everyone wears traditional dress (the men’s dress is quite distinctive: picture red-and-white-striped trousers, small flat hats with blue ribbons, and multicolored, striped jackets with thick woven collars). The horse race itself takes place in town. “To watch the races, just find a spot behind the makeshift barriers that are set up along the course,” says Jane. “Some people also rent out roof space for really good views.”

The race takes place on November 1st (All Saints’ Day) and lasts from approximately 6:00 a.m. to 6:00 p.m., with a break for lunch. “Most people won’t want to stay for the whole of it,” says Jane, “Though it is a good idea to on the early side for parking and to get a good spot for viewing.”

“There are no rules on who can participate, though it is all men and boys,” says Jane. “People come from surrounding areas to represent their towns, and some participants rent their horses for the day. It used to cost just four quetzals for a horse, but now prices can go all the way up to 3,000 quetzales.” Local folklore dictates that riders must participate for four consecutive years—or risk a spell of bad luck.

The origin of the race is a bit hazy, though some say that it’s a celebration of the Mam Maya who stole horses from the conquering Spaniards.

Jane’s Tips:
• It’s a long trip to Huehuetenango just for the Todos Santos horse race, so plan to explore other parts of this area of Guatemala, too. Check out Huehuetenango’s eponymous capital and the region around Quetzaltenango.
• Since accommodations in Todos Santos are scarce, use the city of Huehuetenango as your base, and do the horse race as a day trip from there. Come in the morning to watch the event, grab lunch, and then head back. Keep in mind that the road to Todos Santos is unpaved, and the ride can take two hours or more.
• Todos Santos sits high up in the mountains and can get very cold, so come prepared.

The Chichicastenango Festival of Santo Tomás 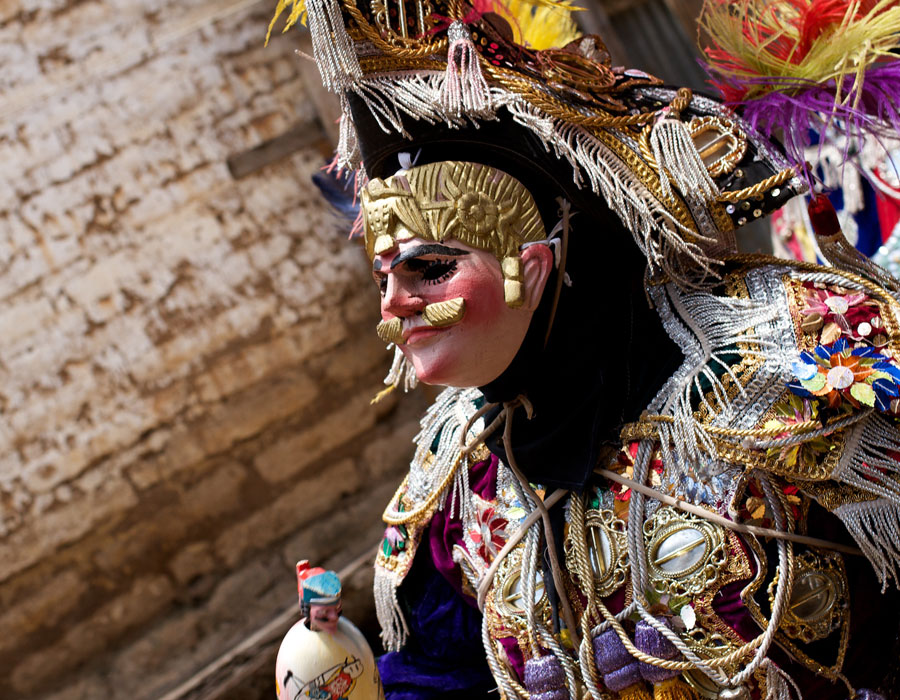 The town of Chichicastenango celebrates its patron saint, Santo Tomás, with a week of festivities that culminate in a series of big events on December 21st. On this day, the statue of the saint is decorated in colorful garb (think feathers, bells, mirrors, and sequins) and carried by a half-dozen people from the sixteenth-century Santo Tomás church through the city’s streets. Rolls of firecrackers are set off throughout the day and themed dances featuring participants in elaborate dress and fancy masks take place around the central plaza. The big event, however, is the flying pole dance, during which two men—attached to ropes and dressed like monkeys—climb to the top of 30-meter (100-foot) pole and then jump (or “fly”) in spirals around the pole down to the ground (it’s a reenactment of a passage from the sacred book of the Maya, the Popol Vuh). “Like a lot of people at the festival—which is an absolutely higgledy-piggledy event—they’re flying in more ways than one,” says Jane.

Located in Guatemala’s highland region and surrounded by pine-covered mountains, Chichicastenango (or Chichi, as locals call it) is approximately two-and-a-half hours from Antigua and one-hour from Lake Atitlán. The majority of its December 21st events take place at its central plaza.

Members of the local cofradía (religious brotherhood) participate in the procession from Santo Tomás church and in many of the ceremonial dances. Festival-goers come from near and far to experience the day’s events.

Social, cultural, and sports events in honor of Santo Tomás take place from December 13th to December 21st, the latter of which is the official holiday.

The festival is a celebration of the town’s patron saint and reflects both local K’iche’ Maya customs and Christian traditions.

Jane’s Tips:
• It’s an unpredictable day with really no schedule, so try to be flexible. There’s a good chance you won’t catch everything, but you will see more if you start your day early.
• Bring earplugs. The sound level during the event is mega-high. There are huge loudspeakers that play music at full volume and fireworks go off everywhere for most of the day. It’s not a good event for anyone with hearing issues.
• It’s worth spending the night before the main festival in Chichi. This allows you to start your day early, wander around, and return to relax as you please. There are two very good places to stay: Hotel Santo Tomás and Mayan Inn. Staying in Panajachel is good alternative, too, as it’s fairly close by.

A 9-day Trip of Honduran Highlights

Charter a Private Boat in Belize