Going to Nicaragua? Here is a guide

Looking for Nicaragua trip-planning tips? Here’s a roundup of some of our favorite destinations, activities, and places to stay in Granada, Leon & the Emerald Coast. 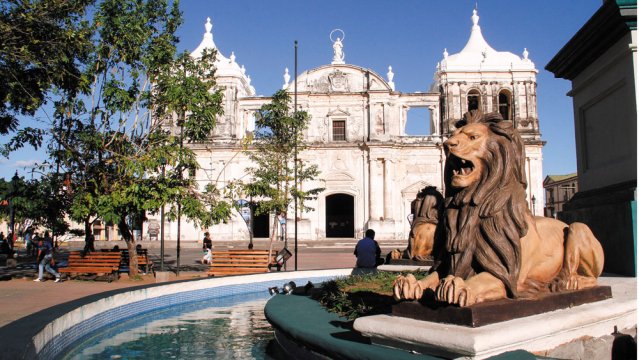 The northern city of León has been at the forefront of Nicaraguan politics ever since it served as the country’s capital during colonial times. It was an epicenter of Sandinista revolutionary activity and evidence of that era can be seen today in its many murals and museums. Just outside the city are a series of active volcanoes for climbing up or sandboarding down. Along the coast are picturesque beaches and the Juan Venado Island Nature Reserve, which is home to mangroves, crocodiles, and plenty of birds.

Take a historic walking tour to learn about the city’s magnificent cathedral (Central America’s largest) and its various murals, which depict the country’s and urban center’s past. A visit to the Museum of the Revolution provides even more insight.

Head to the base of Telica Volcano to visit the San Jacinto bubbling mud pots, a geothermal area dotted with small craters of boiling mud and hot springs.

Summit San Cristóbal, an active volcano that’s a challenge to hike up but worth it for the views.

Volcano board down the side of active Cerro Negro Volcano.

Located in the heart of León, Hotel El Convento combines the essence of a classic 17th-century convent with modern comfort and elegance. There are Spanish-colonial antiques and artwork in the corridors and a lush, flower-filled courtyard. Accommodations boast terracotta floors, exposed brick, and ornately carved wood furnishings.

A contemporary hotel located in historic León, Azul was originally a colonial-era townhouse. It’s sophisticated and without being fussy. Accommodations feature plush beds and overlook a tranquil courtyard and pool. 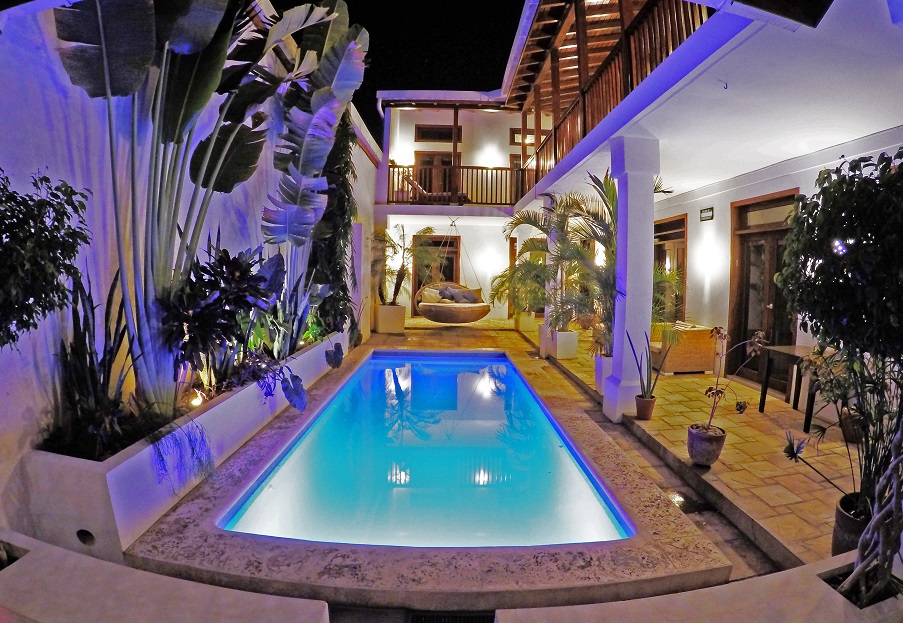 Nicaragua’s colonial jewel, the city of Granada is situated on the shores of Lake Nicaragua, itself home to Las Isletas, a series of small isles that boast a breadth of birdlife, traditional fishing communities, and upscale resorts. While the islands are best explored by boat or kayak, Granada—with its beautiful streetscapes, colorful market, and delectable restaurants—should be enjoyed on foot (or via a horse-drawn carriage ride). 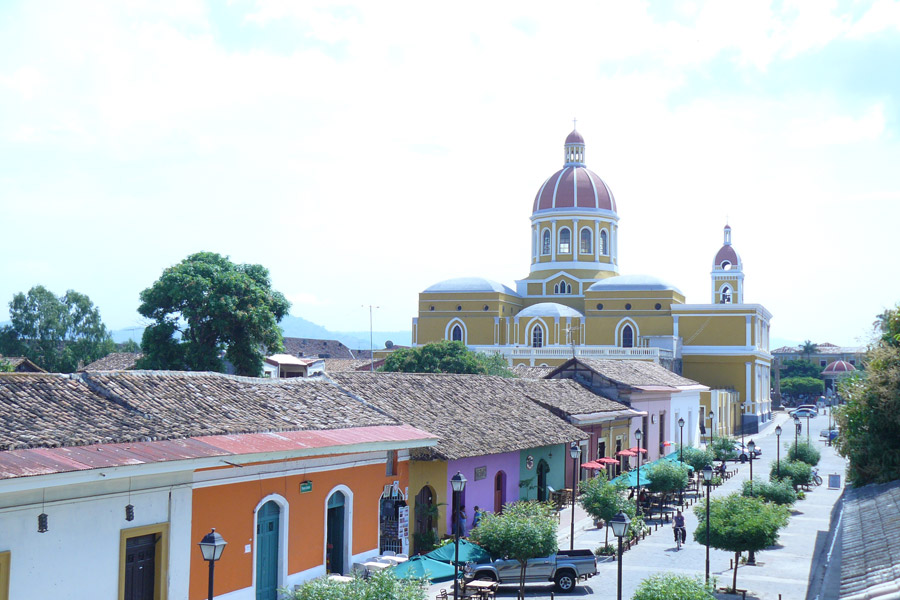 Set out for Mombacho Volcano, located just outside Granada and notable for its four cloud-forest-covered craters. Search for endemic Mombacho salamanders and white-faced monkeys before getting a bird’s-eye-view of the wild area via zipline. 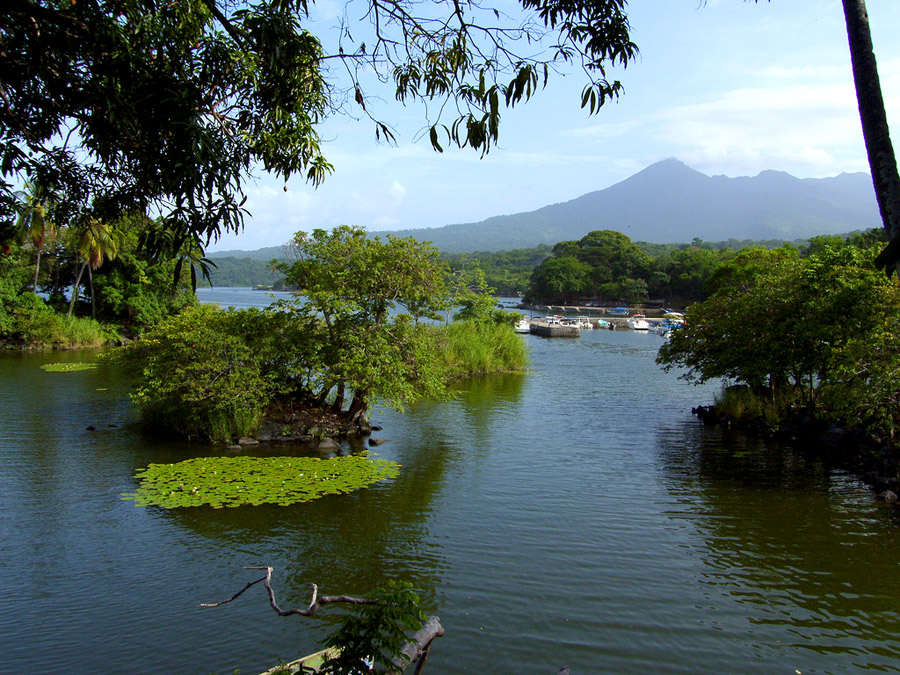 Get your shopping fix in Nicaragua’s cultural capital of Masaya and the nearby Pueblos Blancos, a series of small communities known for their handicrafts, including pottery, bamboo baskets, maracas, and hammocks. 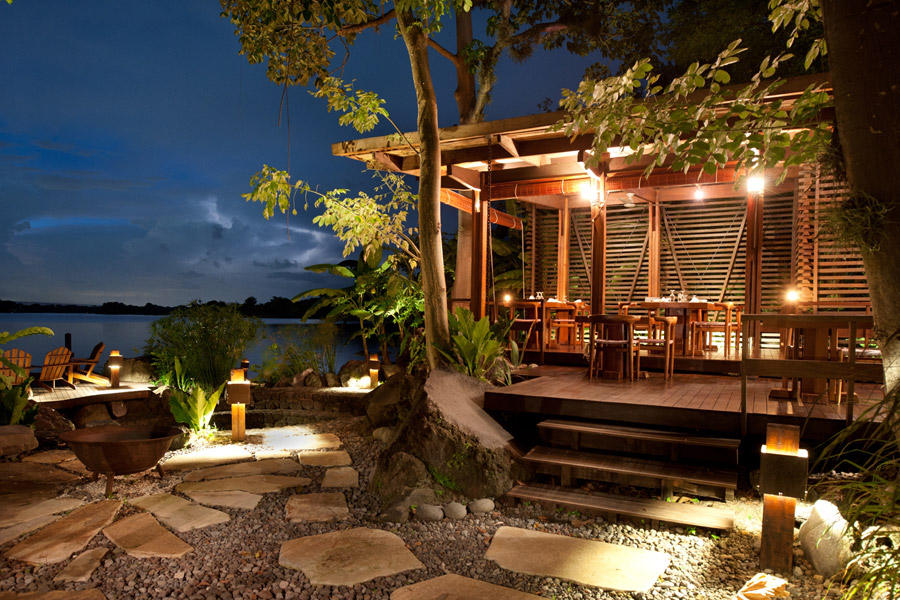 Hotel Plaza Colón offers a mix of subtle, modern decor and colonial opulence. Set in the heart of Granada, its terrace provides views of the city’s central park and nearby cathedral. Accommodations feature hardwood floors and fine furnishings. 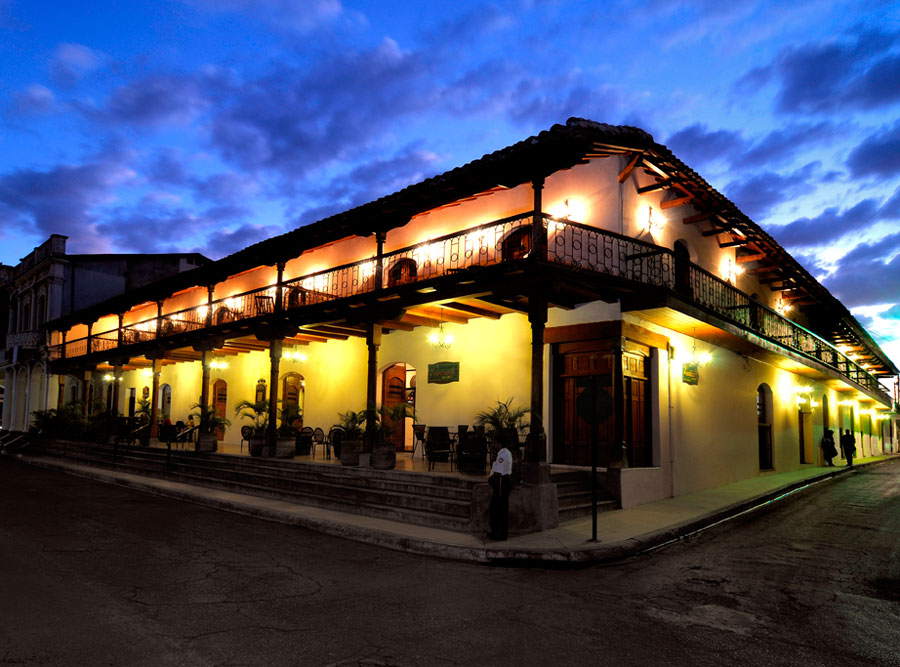 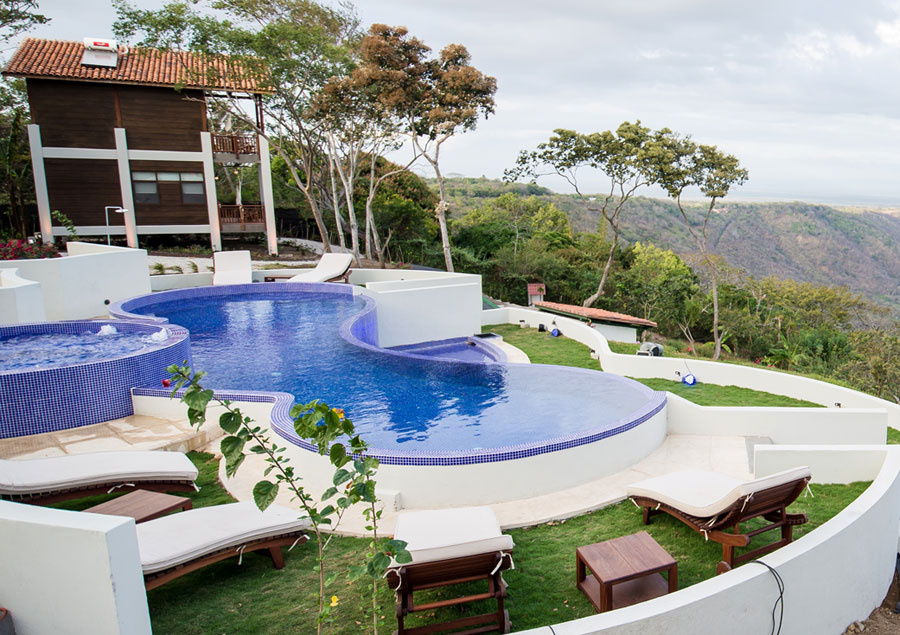 Located just north of the laidback beach town San Juan del Sur, the Emerald Coast features a 30-mile stretch of Pacific shoreline. White-sand beaches and dense jungle border its coast, which is also home to two of the country’s most famous surf breaks. This area is off the beaten path (though a little less so now with a brand new airport), but also home to some of Nicaragua’s most luxurious landscapes and resorts. 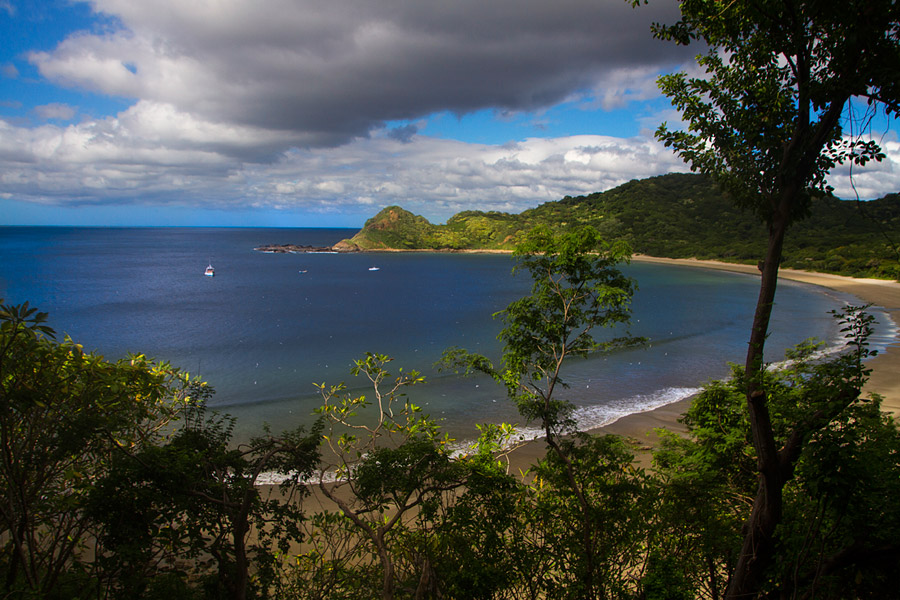 Sit down to a Nicaraguan-style breakfast at Morgan’s Rock hotel—after, that is, you’ve collected eggs for the meal from the chicken coop, milked the cows, and pounded corn to make fresh, handmade tortillas. Enjoy an organic, hearty mix of breakfast staples like gallo pinto (Nicaraguan rice and beans), fried eggs, fresh fruit, and, of course, corn tortillas.

Try to catch a wave on a beautiful, palm-lined stretch of the Pacific coast. Take a 90-minute surf lesson with a professional instructor at Manzanillo beach, which serves up both great beginner and advanced waves. Already shredding? Grab a board and head out on your own.

Enjoy world-class, year-round fishing. The fish depend on the season and include Spanish mackerel, Jack Crevalle, Mahi- Mahi, Red Snapper, Wahoo, and Rooster Fish. Ambitious anglers in search of big-game can hope for marlin and yellow fin tuna.

Situated between jungle and ocean, Mukul Beach, Golf & Spa is a private, upscale haven with luxuriously appointed accommodations (villas, suites, and even a beach house) and a long list of amenities. A David McLay Kidd 18-hole golf course winds past rainforest and rugged ocean bluffs, an upscale spa serves as a private sanctuary, and helicopter excursions lead to isolated islands and majestic volcanoes. 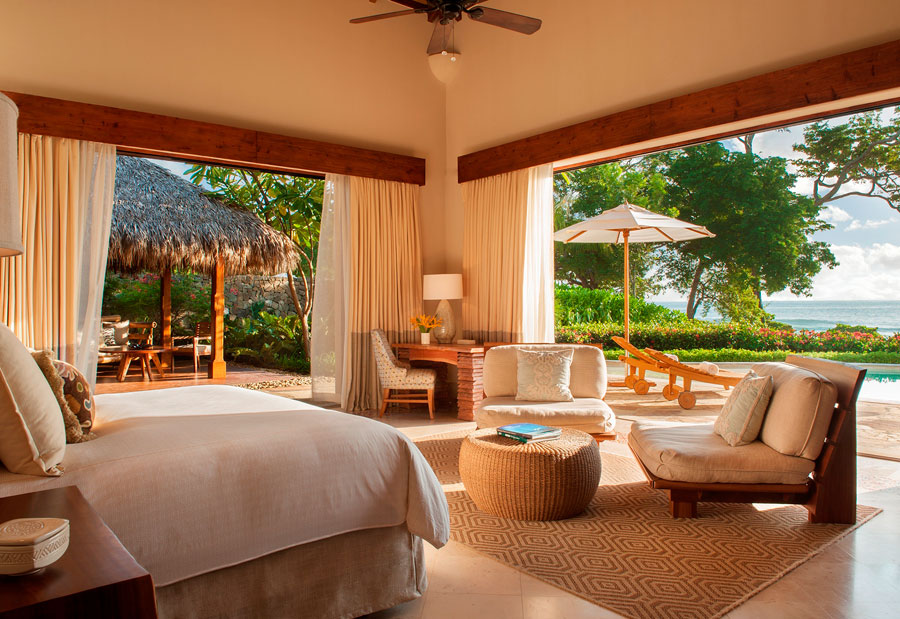 Nearly half of Morgan’s Rock comprises a private, protected reserve of Nicaraguan jungle. The rest of the property is set aside for low-impact agriculture (the property produces many of its own vegetables, fruit, and meat and dairy products) and cliff-side bungalows, nearly all of which overlook a private beach. 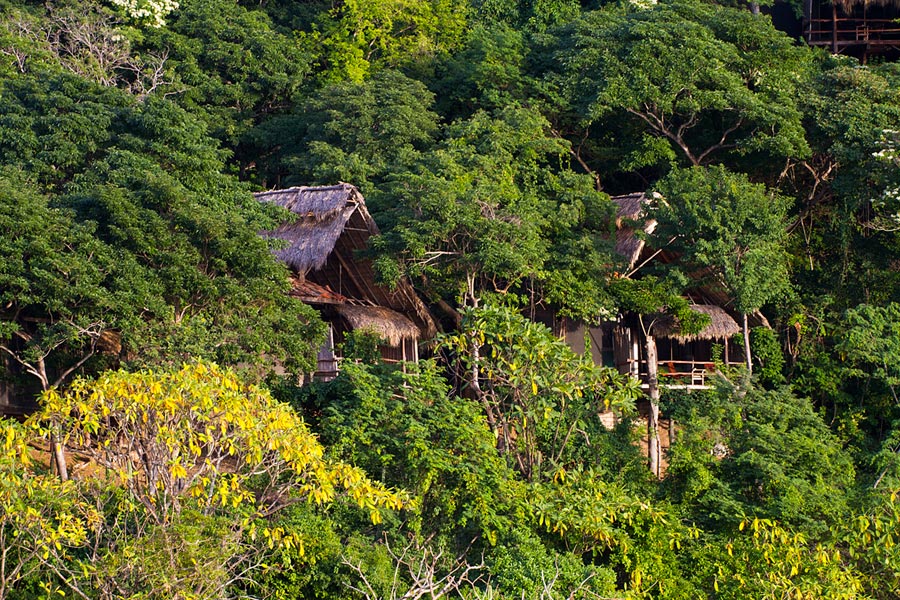 Set atop a hillside overlooking a picturesque bay, accommodations at Aqua Resort comprise private studios and suites set in chic and eco-friendly treehouses. The finely crafted treehouses are connected to the beach, restaurant, bar, spa, and yoga platform via lava-stone pathways and wooden bridges that meander through a tropical hillside landscape.

A Taste of Honduran Farm Life