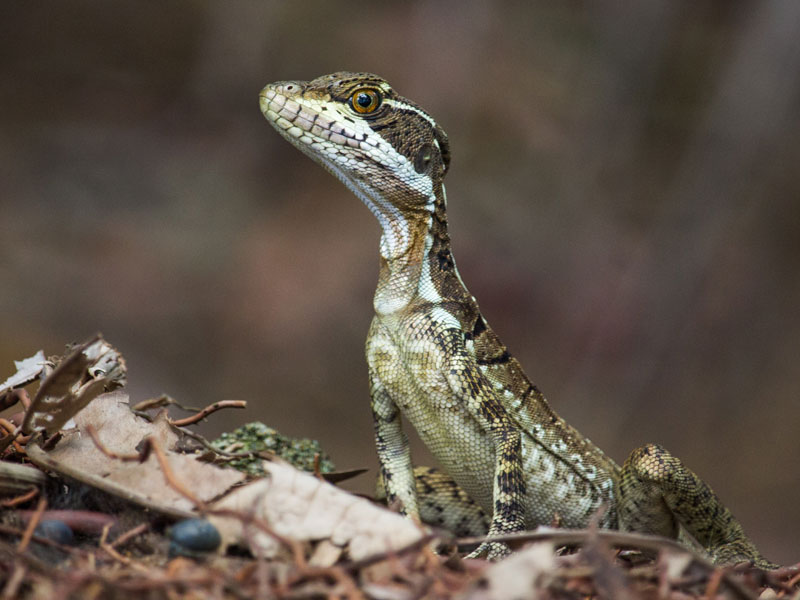 As one of the planet’s most bio-diverse countries, Costa Rica beckons some 2 million travelers annually for a taste of its natural, unspoiled beauty. Alas, some of its most famous destinations can lose a bit of their appeal because of the crowds they attract. However, the path less traveled also leads to stunning destinations. Here are four wonderful examples: 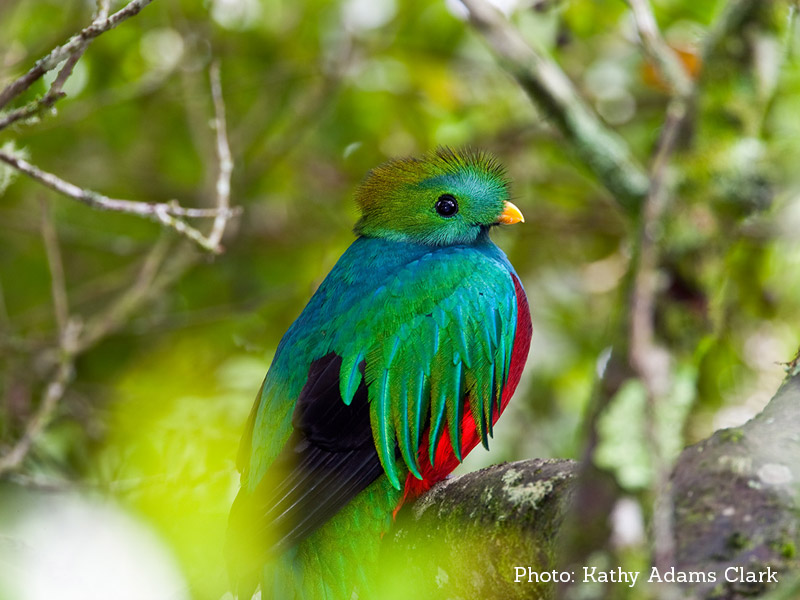 Because of its high elevation in the Talamanca Mountains, the region supports a mind-blowing variety of birds, most notably the resplendent quetzal.

Amongst Zona towns, little-known San Gerardo de Dota, located 2-3 hours southeast of San José, stands out because of the many trails leading into the cloud forest and along the pristine Río Savegre. Several charming eco-lodges make it a great base camp, too.

Hike along a challenging, 9-km (5.6-mi) forest trail — or go by car — to the entrance of Quetzales National Park, which encompasses 4,117 pristine hectares (10,173 acres) of misty, untamed forest. In addition to the quetzal, scan the foliage for many of the area’s 150 neo-tropical species, including the sooty robin, acorn woodpecker, spot-crowned woodcreeper, and dozens of hummingbird varieties.

Quetzals, magnificent birds with iridescent green plumage and a long, flowing part of the tail feathers, can be spotted throughout the year, setting Zona destinations apart from other Costa Rican cloud-forest locales. Quetzal activity peaks during mating season, late March through May.

Since park elevation reaches 2,000-3,000 mts (6,500-9,800 ft), the flora and fauna vary greatly from that of lower altitudes. Choose from the park’s eight trails, which vary in length and difficulty, for exploration that suits your style.

Top off your adventure with a visit to the Cerro de la Muerte, one of the highest peaks in Costa Rica at 2,650 mts (8,700 ft). If the clouds cooperate — morning is best for a clear view — you may see a spectacular panorama of the Atlantic and Pacific Oceans.

Be sure to see the scenic Río Savegre waterfall, hidden on a forested slope just outside San Gerardo. An easy, 1-km (0.6-mi) trail from town follows the crystal-clear river to the secluded falls. Cross several rustic bridges to reach the stunning cascade.

Adventurous travelers will enjoy a four-day hike that starts in San Gerardo and finishes at the Pacific Coast. Trekkers will cross through quaint, tiny villages, with overnight homestays during this unique experience. 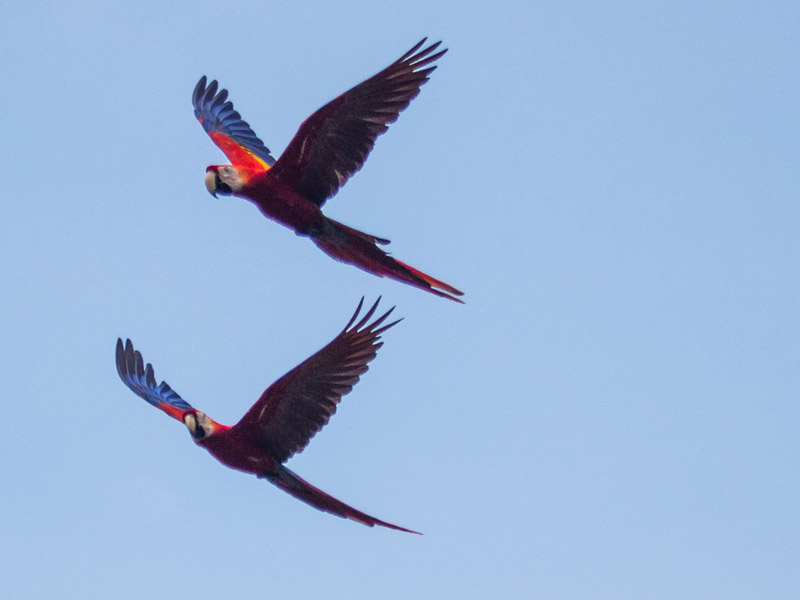 Cruise down a serene, jungle-shrouded river for an incredible exhibition of rare, majestic birds and other wildlife thriving in dense patches of rainforest surrounding Boca Tapada in Costa Rica’s northern lowlands.

Far from the well-worn travel circuit, Boca Tapada stands out as one of the last few nesting sites for the endangered great green macaw. More than 400 avian species, including the keel-billed toucan, scarlet macaw, roseate spoonbill, and king vulture, inhabit the area.

See these and many more species while enjoying a river-float safari or a canoeing / kayaking adventure on the Río San Carlos and its broad lagoon.

More than a bird watcher’s paradise, the lush habitat of the Maquenque Wildlife Refuge, which encompasses Boca Tapada and adjacent forests, also supports an array of mammals, amphibians, and reptiles. Keep an eye out for caimans, turtles, iguanas, sloths, white-faced monkeys, howler monkeys, coatis, and perhaps even wildcat species, such as the margay and ocelot.

You can also hike or ride a horse through jungle trails to see the abundant birds, animals, and tropical vegetation at the water’s edge and deeper in the forest. Experience another view during a nighttime trek, when owls, bats, frogs, spiders, and other nocturnal creatures emerge from their daytime slumber.

Several eco-lodges in Boca Tapada offer rustic and comfortable accommodations, including bungalows and tree houses, providing scenic views of the lagoon and its flourishing wildlife.

Getting to Boca Tapada requires 3.5-4 hours of travel from San José aboard a 4-by-4 vehicle, crossing long, rugged stretches of roughly paved and unpaved roads. You’ll pass by many farms in a true rural Costa Rica setting. In addition to cattle, the farms produce pineapples, sugar, bananas, hearts of palm, plantains, and more.

Despite the long and bumpy ride, Boca Tapada’s outstanding natural scenery and utter tranquility make it a worthwhile investment. 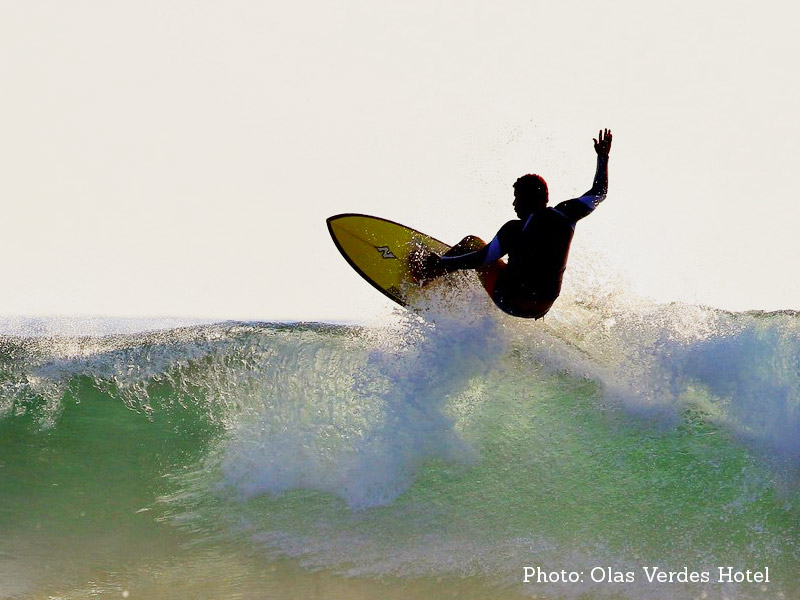 Separated from miles of undeveloped Pacific beaches by a lush forest, the serene town of Nosara thrives on a strong surf and yoga lifestyle immersed in nature.

Home to an assortment European and North American expatriates amongst the local Ticos, Nosara finds itself wonderfully isolated from the bustling beach towns of Playa Samara and Playa Tamarindo on the Nicoya Peninsula about 160 km (100 mi) west of San Jose.

The low-key enclave combines a wellness community of artists, organic farmers, yoga studios, and a delicious variety of cafés and restaurants. A short walk through ceiba trees and native vegetation leads from town to a paradise for surfers of all levels and travelers looking for a generous expanse of pristine beaches.

Nosara’s waterfront includes five named beaches, of which Playa Guiones stands out for such consistent breaks that you can surf there nearly every day of the year. National Geographic named Nosara as one of the top 20 surf towns in the world.

Just north of Guiones lays Playa Ostional, where thousands of olive ridley sea turtles clamber ashore to dig their nests and lay eggs. Nesting peaks from May to November, but some activity occurs a few days before each new moon.

Two of Costa Rica’s largest rivers, the Nosara and Montana, meet the ocean at Playa Nosara, opening another exciting realm of eco-adventure. Hop into a kayak to cruise from town to coast, spotting wildlife on the shore and in the treetops along the way.

For a closer look at the flora and fauna, trek through the Nosara Biological Reserve, which comprises 35 hectares (86 acres) of wilderness on the south side of the Nosara River. Monkeys, coatis, armadillos, deer, wildcats, and 270 species of birds thrive in the reserve.

For an aerial view with an adrenaline rush, soar over the jungle on a canopy tour that stretches over the treetops on more than 11km (6 mi) of line. Enjoy wildlife and incredible waterfall and nature views on the lines, and then stop at a waterfall for a refreshing swim.

For lodging, settle into a comfortable boutique hotel or eco-lodge overlooking the wildlife reserve and river where you’ll find easy access to beach paths and the serenity you crave. 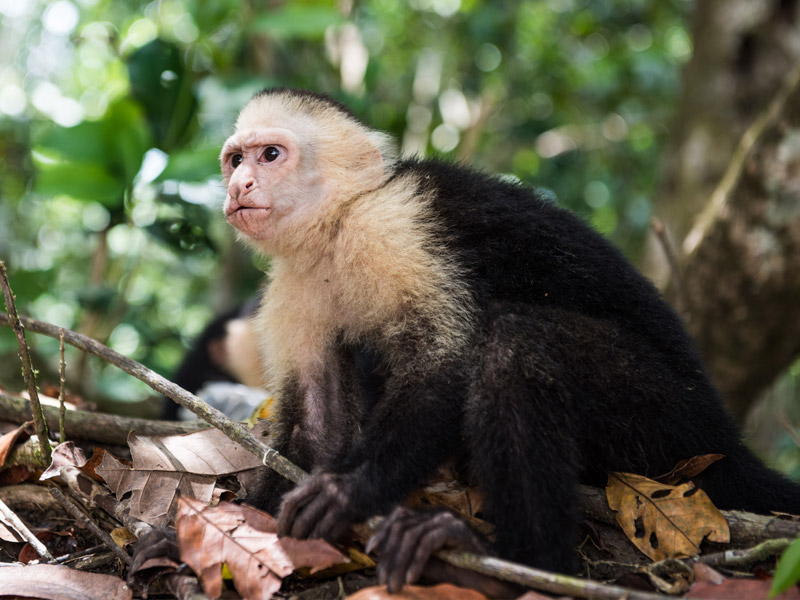 A pristine tropical marsh with a sprawling network of meandering rivers and broad lagoons, the Caño Negro Wildlife Refuge in northern Costa Rica teems with wildlife, including many of the world’s rare bird, animal, and plant species.

Protecting 9,969 hectares (24,634 acres) of river-fed wetlands, the refuge ranks as one of the most ecologically diverse sites in the country with more than 300 species of birds and roughly 100 species of mammals. With its low elevation (30-100 mts / 98-328 ft), the refuge comprises humid rainforest and river habitats.

Given its marshy landscape, Caño Negro has no hiking trails, but take a slow-going riverboat tour to spot thriving wildlife in the calm, mangrove-lined waters of the Río Frio, which winds slowly through verdant canyons on its way to Lago Caño Negro.

As you cruise along the tranquil river and backwater lagoons, look for toothy caimans plying the water searching for prey. You might see them, along with iguanas and turtles, basking in the sun. Anhingas commonly perch on a tree branch to dry their wings after an underwater fishing expedition. Be on the lookout for the emerald basilisk, a lizard that appears to walk on water.

The river supports legions of fish, most notably tarpon, which can grow to over 150 pounds, and snook, guapote (rainbow bass), and gar, among many others. When a tarpon zeroes in on a meal near the surface, it can seem like a mini-explosion as it leaps from the water and crashes back down. And with their long, bony snouts, gars look like prehistoric throwbacks as they lurk just below the surface, waiting to snatch an insect or some other floating morsel.

Scan the treetops for three species of monkeys, including spider, howler, and capuchin. Big-cat species — ocelots, jaguars, and pumas — inhabit the refuge too but remain well hidden from human view. Sloths, anteaters, tayras, deer, and agoutis are easier to spot.

Costa Rica designated the region as refuge in 1984 to protect the biologically intense Río Frio and its floodplain from encroaching development. Often compared to the Florida Everglades, the sanctuary earned the distinction as a “Wetland of International Importance” from the global conservation group Ramsar in 1991.

Getting to Caño Negro requires a nearly four-hour drive from San José or Alajuela or about a two-hour drive from Liberia or La Fortuna in a 4-by-4 vehicle, crossing long stretches of roughly paved and unpaved gravel roads to reach the heart of the reserve.