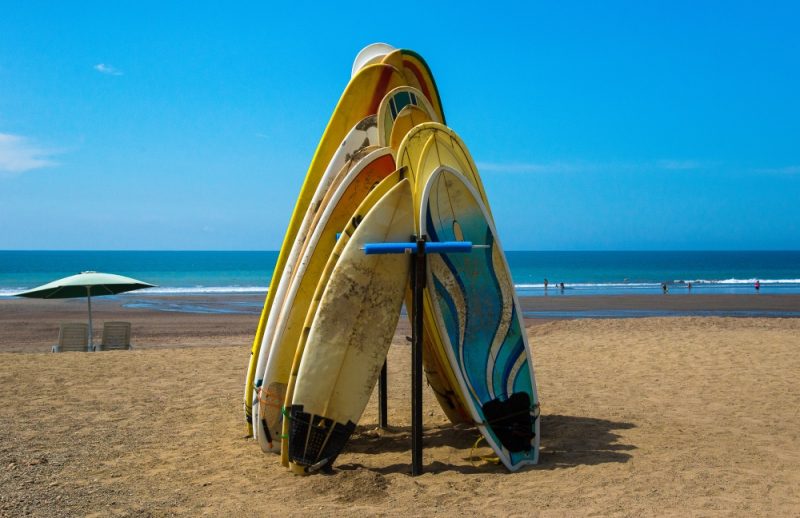 Surfing in Style in Costa Rica

With 1,290km of tropical coastline, palm-fringed beaches, and an abundance of world-class surf breaks Costa Rica is fast becoming one of the world’s hottest destinations for surfing. Nestled between the Pacific Ocean and the Caribbean, this small volcanic country enjoys consistently good surf conditions and year-round waves, especially along the northern pacific coast between Tamarindo and Malpais.

Costa Rica’s two seasons each has its pros and cons when planning your trip. The rainy season, which runs from May to November, brings some of the best swells. Heavy rain can make some of the more rugged roads impassable, particularly during the wettest months of September and October.

The dry season from December to April is when the Caribbean coast enjoys its best surf conditions. It is also peak season so expect prices and visitor numbers to be higher. The busiest times are the Christmas, Holy Week and Easter holidays when locals and tourists flock to the beaches. However, being Costa Rica, even during the busiest seasons you’ll be able to find a quiet stretch of beach 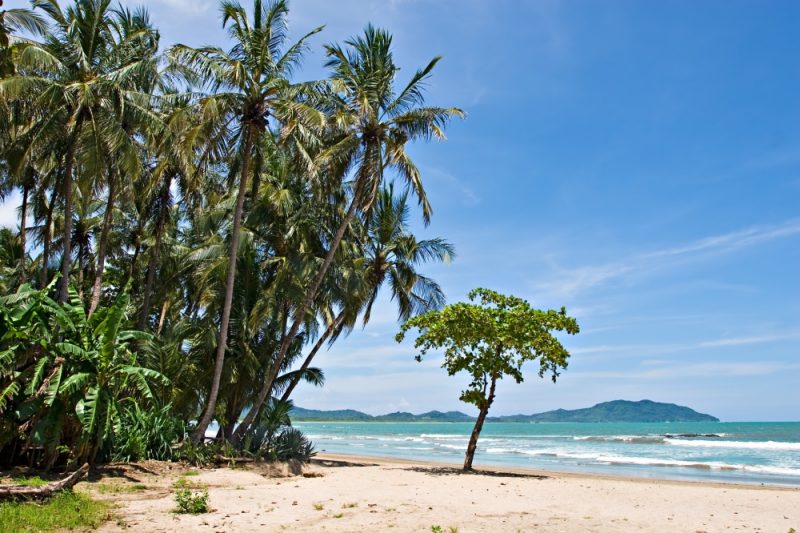 The Northern Pacific Guanacaste region has some of Costa Rica‘s most consistent surf and is the country’s most visited region. The lively town of Tamarindo is a hub for accessing the surf breaks of Playa Avellanas, Playa Negra and Playa Grande. It also boasts plenty of left and right breaks in its own right. The famous breaks of Witches Rock and Ollie’s point at Playa Naranjo can be reached within a couple of hours. Novice surfers will find an abundance of surf schools and camps catering to every budget whilst experienced surfers will find more challenging waves at Playa Negra. 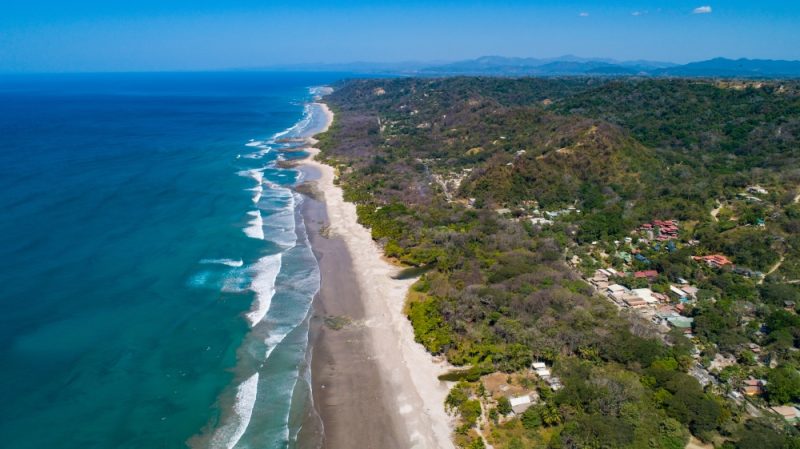 For a laid-back vibe a little off the beaten track head to the southwest hub of Nicoya Peninsula. Hippie-chic Santa Teresa has grown in popularity over recent years due to its excellent surf conditions and 10km of unspoilt coastline. Mal Pais is even more tranquil and boasts miles of left and right surf breaks with some more difficult swells.

The closest surfing spots to capital San Jose centre around Costa Rica’s busiest surf town, Jaco. Jaco is known for its exuberant nightlife, accessible waves and surf schools. The popular breaks at Playa Hermosa and Playa Esterillos are only a 10-minute drive south. Being the closest surf to capital San Jose, it is also one of the most touristy so not the best for travelers who want to escape the crowds. 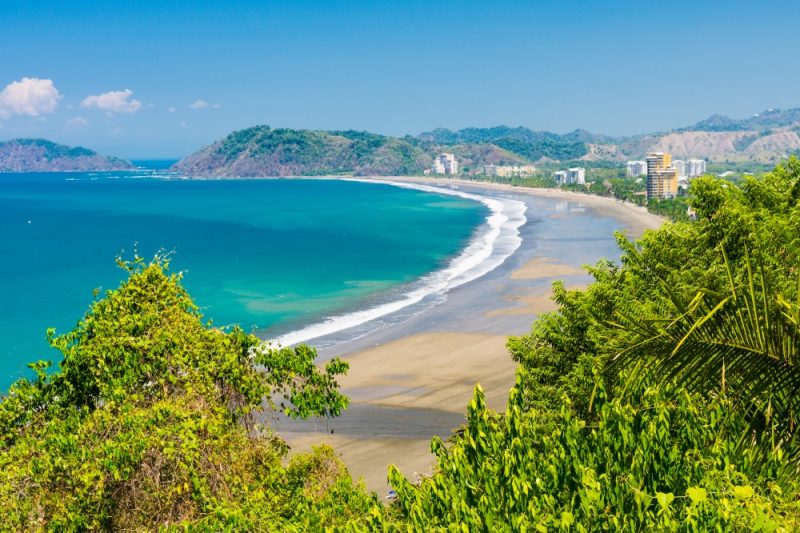 For those looking for more of a challenge, the southern coast of Costa Rica offers some of the best surfing in the country. Although not as consistent as other areas and a 10-hour drive from San Jose, or a short one hours flight to Golfito, between May and November the Southern swell can bring incredible waves. Pavones is particularly famous for having one of the longest left-hand point breaks in the world.

Costa Rica has more to offer than just surfing. For a change of pace explore the Matapalo Mangrove forests on a Stand Up Paddleboard. Try kitesurfing and windsurfing at Bahia Salinas in the North West, known as the 8th windiest place in the world, or head to bohemian Nosara for a yoga retreat. The Pacuare River near San Jose has exhilarating white water rafting.

Costa Rica has a range of accommodation to suit every taste and budget but there are a few stand out favourites we love. 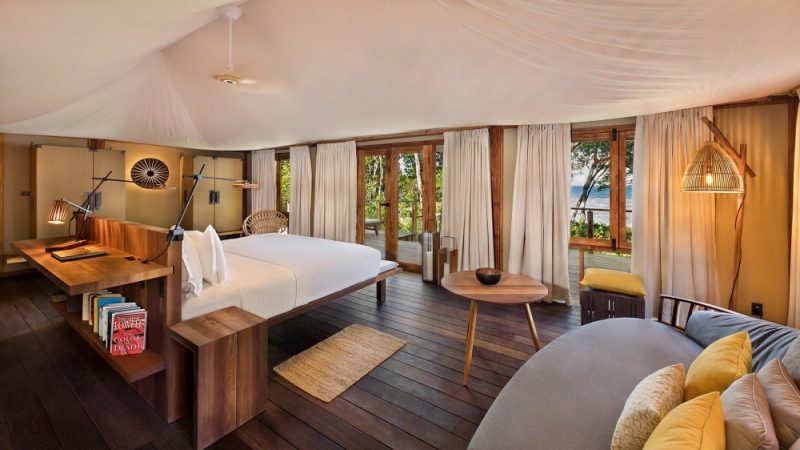 On the North Pacific coast, Kasiiya Papagayo is a true escape to nature. An eco-resort with five bespoke tented suites set in 123 acres of wild landscape offering unrivalled privacy and serenity. The Gilded Iguana surf hotel at Nosara is a popular choice for surfers and yogis thanks to its proximity to Playa Guiones and the Bodhi Tree Yoga Institute. The Casa Chameleon in Mal Pais is an adult-only resort with views of the Pacific Ocean close to the Reserva Natural Cabo Blanco.

For the Central Pacific coast, the Alma del Pacifico features large, colourful, luxurious villas on the beachfront at Playa Esterillos Este. Kura Design Villas is an exclusive retreat set high in the jungle-clad hills over the town of Uvita with panoramic views of the Pacific Ocean. 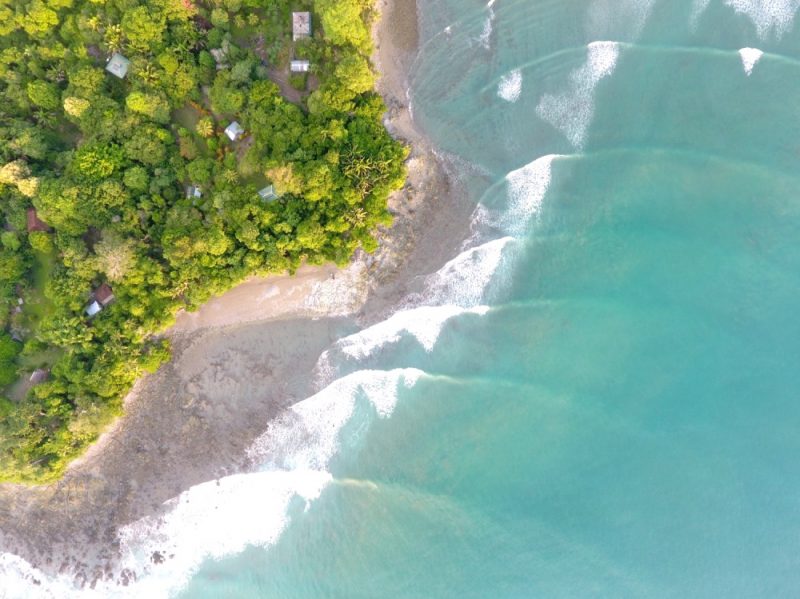 Immerse yourself in the areas incredible bio intensity at the Lapa Rios reserve on the southern coast’s Osa Peninsula. Currently 17 bungalows in over 1000 acres of primary and secondary rainforest, the Lapa Rosa is set to open 4 ocean view villas at the end of 2019. Another wildlife gem is Playa Cativo hotel on the Golfo Dulce. An intimate eco-resort surrounded by the Piedras Blancas National Park and only accessible by a short boat ride. Lapa Rios is part of the renowned Cayuga Collection. 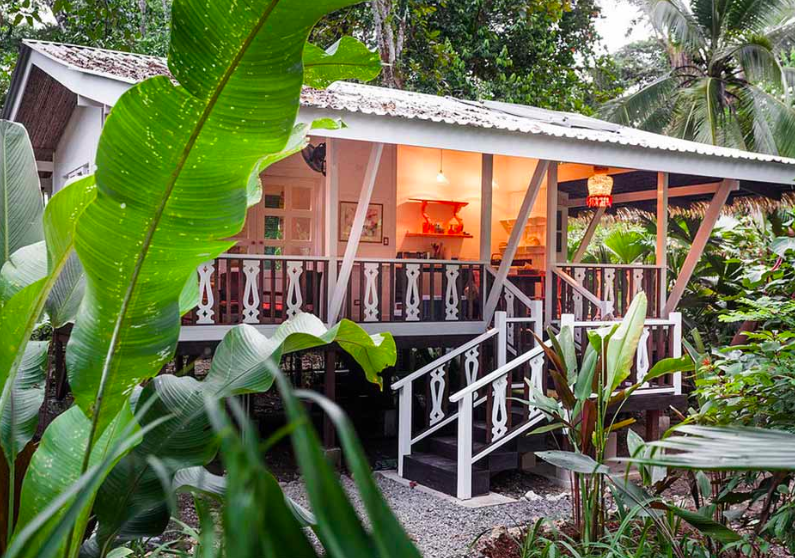 For those looking for boutique luxury on the Caribbean, Hotel Aguas Claras (Adult Only) is the only 5-star hotel on this coast and comprises chic individually designed bungalows and suites in a lush jungle setting. Aguas Clars is part of the renowned Cayuga Collection.

Costa Rica has two international airports. Juan Santamaria Airport in the capital of San Jose (SJO) is the one to fly to if you are heading to the central or southern pacific coasts or the Caribbean coast. The north-western coast is best accessed via Daniel Oduber Quirós Airport, also known as Liberia International Airport (LIR), in the Guanacaste region.

We can pick up clients from anywhere in Costa Rica that they wish to start their Costa Rica vacation.

How much time do I need?

Whichever part of the country you choose to base yourself in will give plenty of access to a range of surf breaks without spending too much time travelling. In a week you could comfortably explore one of the main surfing areas of Costa Rica. If you don’t mind spending some time in transit, two weeks would be enough to see all the highlights of Costa Rica. More than two weeks would give you time to get off the beaten path and explore Costa Rica in more depth.

If you are interested in a surf trip to Costa Rica as an expert, a beginner – or somewhere in between do get in touch on info@viaventure.com

If you are interested in any other vacation in Costa Rica – do contact us on info@viaventure.com and we can tailor-make the perfect Costa Rica Adventure!

Viaventure Guides: a valuable resource for our clients