Off the Beaten Path in Gorgeous Granada 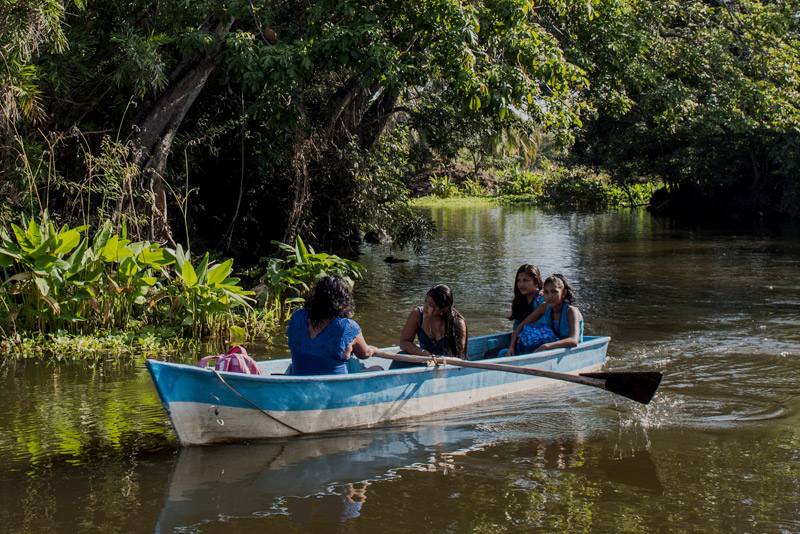 Set on shimmering Lake Nicaragua—one of the world’s largest lakes—Granada’s history, charming Spanish colonial architecture, shops, museums, and restaurants make it one of Nicaragua’s top travel destinations. But just a few steps off the beaten path will reveal the many facets of Nicaragua’s rich cultural traditions and untamed, natural beauty. Immerse your family in unique experiences, like staring into the crater of an active volcano, making ceramics in artisan villages, watching exotic birds and bats take flight, and kayaking amongst tiny lake islands. It’s all just a short distance from Granada’s 16th-century streets, and just a couple of hours’ drive from the windswept beaches of San Juan del Sur.

Two remarkable tours near Granada offer entirely different perspectives of the country’s land and people. The first, combining Nicaragua’s artistry and natural wonders, starts in Nicaragua’s hillside artisan villages known as the “pueblos blancos” (white villages), so named for the whitewash that once covered the building facades. Each community has its own proud tradition of craftsmanship, such as woodcarving and furniture making, leather work, stone carving, flower cultivation, hammock weaving, and even herbal remedies. In the potter’s village, you and your children will have the chance to roll up your sleeves for a hands-on pottery workshop with a local artisan using time-tested techniques.

After exploring the villages, you’ll head to Masaya Volcano National Park to watch the astounding natural spectacle of thousands of bats rushing from their caves in search of their evening meal. Later, you’ll watch the sunset over the hills and valleys from atop the very active Masaya volcano. To top off this unforgettable day, you’ll have the chance to peer into the gaping crater into the fiery lava lake below.

If you love the water, you might opt for a tour combining a Granada visit with a fun kayak paddle around Lake Nicaragua’s “isletas” and nearby Asese Peninsula. The isletas—more than 365 tiny islands born of a pre-historic volcanic eruption—dot the lake just a few minutes southeast of the city and host diverse species of birds and wildlife. As you paddle your kayak amongst several isletas and along the peninsula’s shores, your expert guide will help you spot magnificent birds like Montezuma’s oropendola, ringed kingfisher, purple gallinule, and northern jacana. You may also see monkeys and other wildlife as you glide along, gazing at postcard-perfect views of Mombacho, the imposing, now-dormant volcano that created the isletas. Plan your visit for early morning or dusk for the most bird and wildlife activity and memorable sunrise or watercolour sunset views over the lake.

Breeze Through The Best Islands Of Central America