Copán: Through the Eyes of an Archaeologist 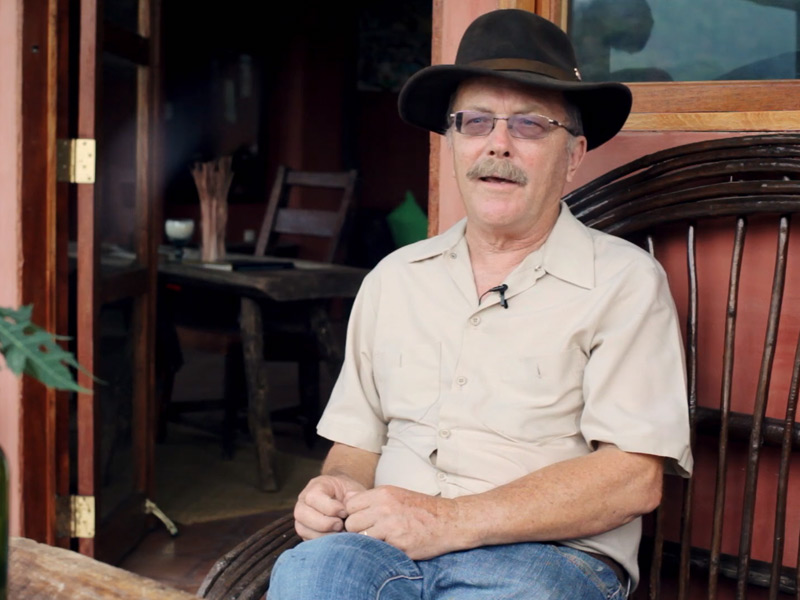 It is said that Guatemala’s Tikal is to Honduras’s Copán what New York is to Paris-a fair comparison, if you think of Tikal as an ode to soaring pyramids and temples and Copán as a toast to artistic and cultural achievement. Located in western Honduras, in a picturesque valley near the Guatemalan border, ancient Copán flourished between 426 and 820 A.D. During this time, magnificent plazas, temples, and ball courts were constructed–and often embellished with lavish designs–incredible advances were made in art and astronomy, and the population reached close to 30,000 people. The accomplishments of that era are still on display today, in the form of richly sculpted stelae (carved stone monuments), elaborate tombs, and one of the site’s most prominent features, a monumental heiroglypic stairway carved with thousands of glyphs that document the history of the city’s ancient rulers. 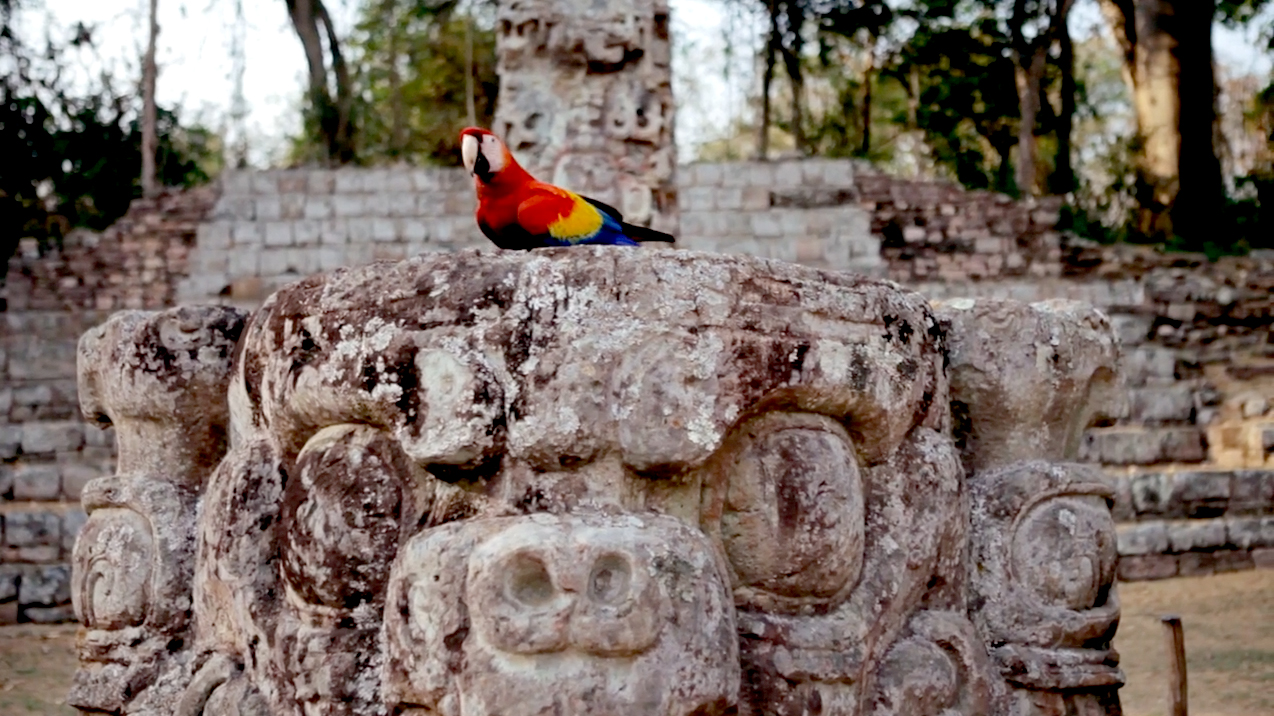 David Sedat is a renowned archaeologist and one of the foremost authorities on Copán. He has studied this region of the Maya since the early 1970s and lived here for the past two decades. He worked as the field director for the University of Pennsylvania Museum of Archaeology and Anthropology’s Copán Project for its 15-year span and was part of the team that unearthed one of the site’s most fascinating discoveries: three royal tombs, one of which held the remains of Yax K’uk Mo’ (Copán’s dynastic founder) and another one of which held the remains of Yax K’uk Mo’s wife, “the Lady in Red.”

David’s in-depth knowledge about Copán brings the ruins to life, and Viaventure offers two ways for travelers to pick his brain: a Copán day tour with David as the guide and an evening presentation led by David of the royal tombs. Both experiences allow guests to learn about the site and how its incredible treasures have been excavated, too.

Of course, not everyone will be so lucky as to travel to Copán and chat with David Sedat, so we decided to ask him a few questions here. Read on to discover how David’s fascination with Copán began and what has kept him there all these years.

What first drew you to the Copán archaeological site and what has inspired you to study it for so long?

Copán has always intrigued me and figured in my life in some way. The first major archaeological site that I visited (almost 60 years ago) was Quiriguá, in Guatemala, right across the border from Honduras’s Copán. I remember someone pointing toward a series of purple mountains in the distance and explaining that Copán–an even greater city of the Maya–was just beyond. It sounded like a magical place, and I linked it in my mind to Cobán, Guatemala, where I spent my boyhood.

Copán is often called the Athens of the Maya world because it was a great center of culture and learning, as well as a pilgrimage site during the Classic era. It’s fascinating to study it in that light—as one of the great jewels and bonfires of human endeavor.

The royal tombs have been one of the great Copán discoveries. Could you explain what makes them so unique?

Our University of Pennsylvania team was honored to discover the three royal tombs. It was unprecedented. I helped unearth two tombs in particular: the tomb of Yax K’uk Mo’ (Copán’s founder) and the tomb of a woman we believe to be his wife, who has come to be called “the Lady in Red.” Her tomb was particularly fascinating. Located deep in the acropolis, she was accompanied by jade, ceramic art, and extremely valuable mother of pearl necklaces and also wearing a skirt made of thousands of jade sequins. She was dressed for the afterlife and as the moon goddess, buried with weaving implements and other symbols associated with the moon goddess. She was clearly someone venerated—a cult figure. After her death, her tomb was repeatedly re-entered and her bones were carefully painted with blood-red cinnabar, contributing in death to Copán’s theme as a place of birth and renewal. Her discovery suggests that Copán may have been an important pilgrimage center for women, exalting women’s role in society.

What other nearby sites would you recommend to archaeology enthusiasts?

The whole Copán valley is one giant archaeology site. At the nearby Las Sepulturas, there are a series of ancient courtyards and palaces that have been nicely restored and give you a sense of the complexities of ancient society. Rastrojón is supposed to be inaugurated any day now and will certainly be an area to visit. It comprises decorated buildings that were swallowed by a land fault–it’s very intriguing. The site of El Puente has a number of restored buildings that show you what provincial life must have been like outside the big city.

I’d also remind people that Copán and the site Quiriguá, just across the Guatemalan border, were closely tied in ancient times. We know that in 738 A.D., one of Quiriguá’s rulers captured and beheaded the high king of Copán and subsequently extolled his triumph on the tallest Maya stelae that we know of–an obelisk almost 30 feet high. Today, the hieroglyphic writings at Quiriguá, Copán, and the satellite sites around this area give us a good sense of the political (and environmental) dynamics of the ancient Maya world.

Are there any books that you would recommend to someone interested in learning more about Copán before or after a trip?

One of the best texts overall is Bill Fash’s “Scribes, Warriors and Kings.” It’s well-illustrated and has all the information you could want. Bill has been working in Copán since the seventies and the book will help readers understand the area’s great breadth of Maya culture. The book titled “The Copán Sculpture Museum” was written by his accomplished artist wife, Barbara Fash, and provides interesting background information that will go a long way toward enjoying Copán’s on-site museum.

These days, you’re also involved in a medicinal plant and alternative crop experimentation project. What was the inspiration behind this project?

If archaeology is going to have value, we have to focus on more than just the past–we have to look toward the future, too. Critical environmental issues like deforestation and land degeneration were problems for the ancient Maya, and we see these same problems in the Copán area (and indeed our whole planet) today. There are many people around here who don’t have decent potable water because the land is increasingly deforested, which contributes to water sources drying up, which then has ramifications in many other areas of daily life. My question is, if we know so much about the past, why don’t we use its lessons to do something for the future? 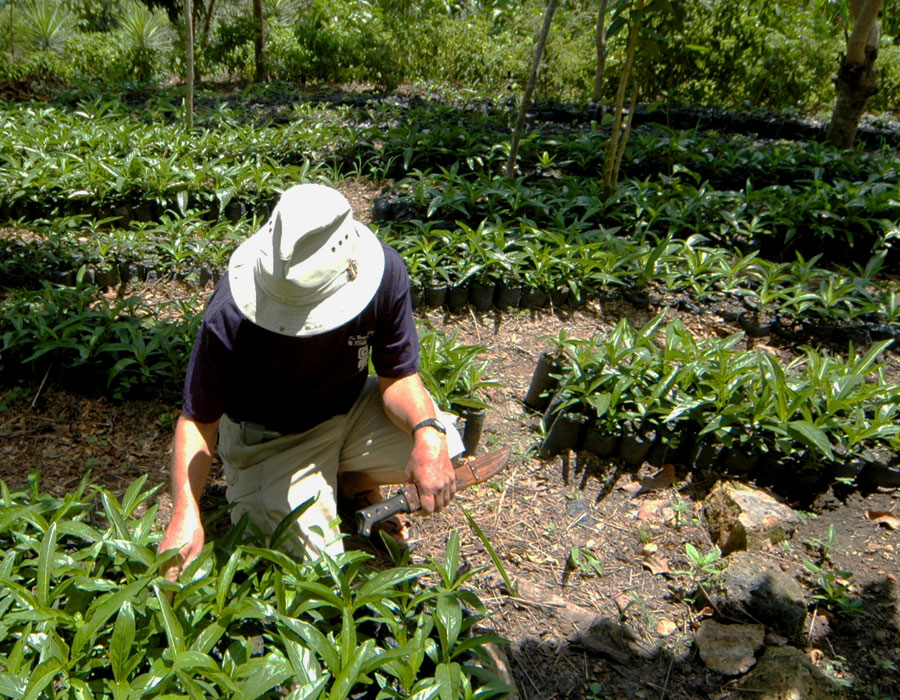 The Copán Botanical Research Station, which I founded in 2003, is introducing a great many trees and plants to the steepest, most degenerated slopes of the area. We’re calling it “the new useful forest,” as it features a diverse array of alternative crops that people can use for food and medicine and to make fibers and dyes to support other cottage industries. Eventually, we hope the once-highly prized cacao that was grown by the ancient Maya in this region can be reestablished. The ultimate goal, though, is to turn back the clock on the environment–to take a rocky desert landscape that no one wants and transform it into a new paradise.

As Vibrant as Ever, Nicaragua Welcomes Travellers