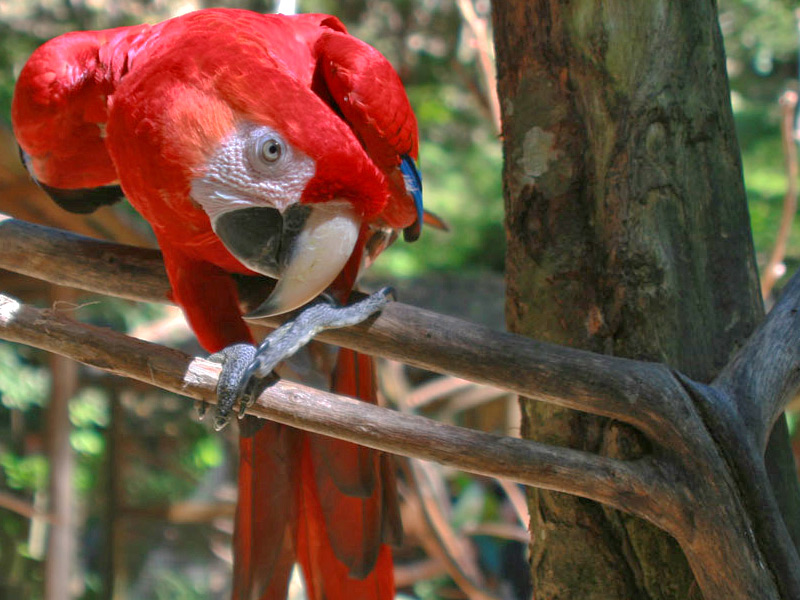 For the past decade, the Macaw Mountain Bird Park & Nature Reserve has rescued and rehabilitated many of Central America’s most incredible tropical birds, from keel-billed toucans and scarlet macaws to emerald tucanets and red-throated parakeets. Located just outside of Copán Ruinas, the 3.6-hectare (9-acre) park comprises tumbling old-growth forest, a pristine mountain stream, freshwater springs, slopes of shade-grown coffee, towering cliffs, and elevated trails and decks that provide spectacular views of it all. A visit to the bird park is must for anyone traveling to Copán.

The park’s original collection of birds came from the Bay Island of Roatán, where conservationist and bird-lover Mandy Wagner began rescuing parrots and toucans in the 1980s. A decade later, Lloyd Davidson inherited the birds.

“I had come to Honduras in 1986 to establish a fish export company on Roatán. I have a background in biology, but the ‘birds’ were really just a nice gesture that got out of control. I agreed to temporarily care for Mandy’s collection, fell heir to it, and accidentally became ‘the bird man.’ Almost overnight, the collection’s size exploded with donations from expats disenchanted with the demands of bird care or with life in ‘paradise.’”

To accommodate his expanding flock, a small park was created on Roatán before the larger Copán park was purchased.

“We opened the parks as a way to generate funds for the birds’ long-term care (macaws can live up to 100 years in captivity) As more and more people started visiting, though, we realized the impact the birds had on people and their potential for educating the public about the importance of conservation.” 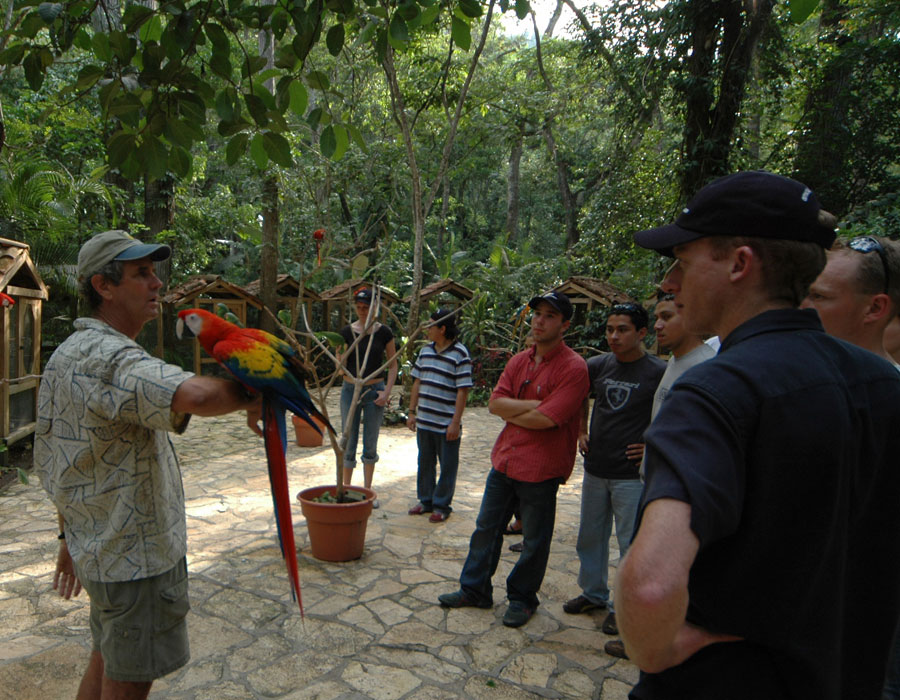 Macaw Mountain has been raising awareness about the need to protect Central America’s tropical birds ever since. “The birds we have are so visually fascinating that they get the message across without us having to preach much,” says Lloyd. Today, visitors to Macaw Mountain learn about the birds and the organization’s work and also enjoy a fully interactive experience. “There’s an area where guests encounter close to 25 parrots, macaws, and toucans that they can hold, photograph, and get to know in a very real way. It makes a lasting impression.”

In addition to educating the public, Macaw Mountain has taken on other projects, too—one of which is called Macaws in Freedom and is on display at the Copán archaeological site. Here, with the assistance of the World Parrot Trust, two releases of scarlet macaws—plus a third release planned for this September—will have introduced 20 new birds to an already existing flock at the ruins. 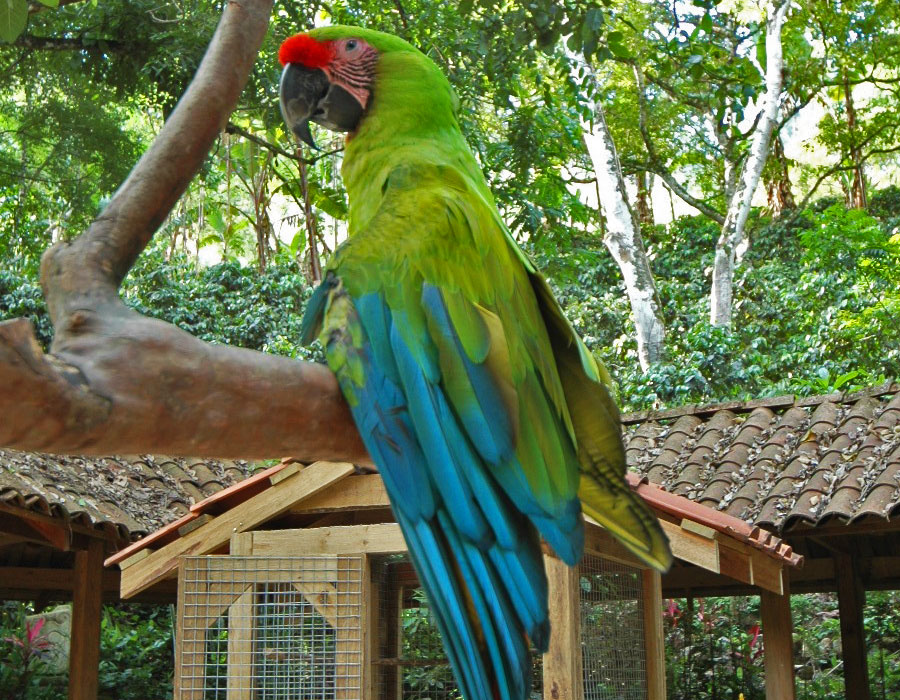 “What’s interesting is that we’re using previously captive birds and their offspring as the resource to reestablish a free-flying population,” says Lloyd. “If this is successful, it could be an important model for other sites in Honduras and surrounding countries.”

So far, it seems to be working. “Flocks of five to 15 macaws now fly noisily overhead as tourists move about the ruins,” says Lloyd. “These birds have really brought the site to life. The scarlet macaw is the national bird of Honduras and was sacred to the Maya, and the birds we’re seeing today really are becoming a source of pride.”

Punta Gorda: The Other Belize

11 Activities to Keep Everyone Happy in Guatemala, Belize & Honduras